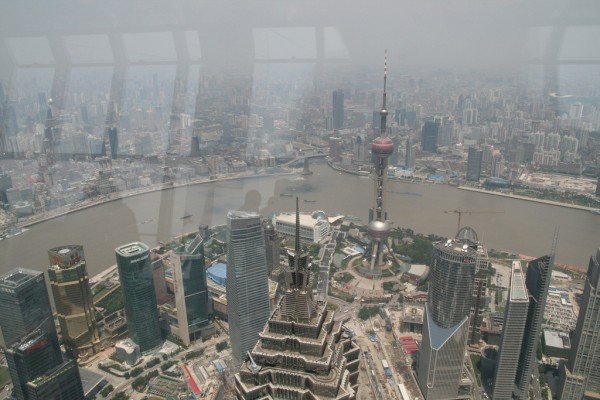 The organisers of the international trade fair Bauma have attributed the high demand for their 2013 show to a renewal of confidence in the global construction industry. Bauma says worldwide growth is being driven by the dynamism of the world’s emerging economies, particularly the four BRIC countries – China, India, Brazil and Russia.

Europe’s patchy industry can no longer power the global market. The German building machine industry might be operating at a high level, but in Southern Europe, for example, weak economic conditions have provoked a slump.

A Bauma spokesman said: “Worldwide building activity has grown significantly in recent years. Growth is being driven by developing and threshold countries, headed by the BRIC states. Their success story of economic liberalisation and the associated building boom will continue…. Average annual growth in the global building industry of more than 4 per cent between now and 2015 will ensure sustained demand for plant and machinery.”

Bauma’s faith in the potency of the BRIC states is shared by many in the European industry, but does it hold up under closer scrutiny? The major Global Construction 2020 report from Global Perspectives and Oxford Economics has studied the question of global growth in detail.

The report’s authors agree with Bauma that the industry has a dynamic future. And they also partly concur with the view that the four hugely populated BRIC countries – which contain 41 per cent of the world’s population and 25 per cent of global GDP – will be at the heart of resurgence. But the BRICS are not alone in having a major influence. The United States, for example, will also play a big role in powering the recovery. US spending on construction is forecast to grow by an annual average of 5.9 per cent over to 2020 which outpaces growth in its GDP.

The report says global spending on construction will outpace world GDP over the next decade. This means a rise from US$7.2 trillion in 2010 to US$12 trillion by 2020.

The report makes several other confident predictions. Some of the most striking are: That India will overtake Japan to become the world’s third-largest market by 2018; seven countries – China, the US, India, Indonesia, Canada, Australia and Russia – will account for two thirds of growth to 2020. Of those seven, China, India and the US will provide more than half of the US$4.8 trillion growth by 2020.

The BRICS will, of course, be highly significant, but their rates of growth will differ considerably, according to Robinson.

The smaller rise in Brazil is only relative and the Latin American powerhouse will still have a thrusting construction industry. “Two major sporting events, the 2014 FIFA World Cup and the 2016 Olympic Games, in Rio de Janeiro, are driving a lot of infrastructure spending in Brazil. It’s everything from hotels to cope with the influx of tourists, to major infrastructure, particularly around airports as the capacity is quite low.”

In general, Brazil’s infrastructure is poor and a severe constraint on its economic performance. The World Economic Forum rates it 53rd out of 139 countries for global competitiveness. The major reasons for its lowly rank are poor roads, ports and rail links.

“In addition to sports events, Brazil’s oil and natural resources are driving the construction of ports, railways and energy infrastructure. The Government is spending US$526 billion dollars on improving infrastructure from 2011-2014, then a further US$346 billion after 2014. It’s a lot of money, but to put it into perspective, Russia is spending US$450 billion – on its rail infrastructure alone. That’s not even counting the money being invested in roads, ports and airports in Russia,” he said.

Another huge construction project in Brazil, Robinson said, is the “mi casa mi vida” government programme to build two million affordable homes by 2014. “Brazil has a backlog of seven million homes and a lot of the existing dwellings are in favelas, or shanty towns, on the edges of the big cities. They are poor quality. This is a big federally funded programme to help out low- to middle-income families.”

Large-scale urban construction projects are rare in Brazil. Robinson said the main reason Brazil’s industry would be outpaced by India and China was because it was already a largely urbanised society. “In other BRICS, massive urbanisation is driving a lot of construction.”

China’s cities, especially, are expanding fast as millions move from rural to city areas. “Water, energy and housing are the biggest areas for expansion in China. But of these, housing, which we tend to forget about, is the biggest segment. The Government’s housing plan dwarfs that of Brazil. They are planning to build 10 million affordable homes per year, although our estimate is that they are achieving around seven to eight million a year,” he said.

Overall, the Chinese construction market, he said, was slowing down from its manic pace of growth, but it was still vigorous. “The indications are it’s a soft landing for their economy. But they’ve had a big real estate bubble and prices have fallen a lot, which has put the brakes on a lot of construction in the bigger cities.”

In India, the Government has embarked on an ambitious US$1 trillion infrastructure programme, but Robinson said it was unlikely to spend that much money. “A lot of it won’t materialise in our view,” he said. “Our mid-term assessment of the current plan is that they’ve spent nowhere near what they intended to spend. The big challenge for India’s industry is to get more private money coming in to fuel infrastructure spending and develop more PPP relationships.”

Robinson blamed the cumbersome Indian bureaucratic processes for retarding development. “It’s very different to China where they built a high-speed link between Beijing and Shanghai in 2.5 years. The Government there can take charge of projects on a mammoth scale. But in India, the proper democratic processes must be followed. They are required to buy in at state and federal level.”

The Russian construction market has much common ground with the Brazilian industry. Growth in both countries is fuelled by investment in road and rail infrastructure to exploit their vast natural resources. “A second parallel is that – like Brazil – Russia has a lot of programmes around major sporting events, such as the 2018 Football World Cup Games and the 2014 Winter Olympic Games,” said Robinson.

Whilst acknowledging the major role of the BRICS in the global market, Robinson is keen to stress the massive construction boom in the six countries which form the “CIVETS” group. CIVETS is an acronym for the six emerging nations considered to be just behind the BRICS in their rate of progress. They are Colombia, Indonesia, Vietnam, Egypt, Turkey and South Africa.

Indonesia is a striking example of the potential of the CIVETS. The country has the world’s fourth-largest population of 237.6 million and has a number of growing industries to create employment and economic development.

As a result, there has been a huge and sustainable construction boom across Indonesia. It has been fuelled by several factors – large investment from China, colossal housing demand, the need to improve infrastructure and rising levels of tourism.

“The CIVETS are all huge growth markets, even Columbia. But for many European contractors there are problems in getting work in these places,” said Robinson. “One issue is cost base and another one is corruption, which is a critical problem in many of the BRIC and CIVETS countries. Of all the emerging nations, India offers the most opportunities for British firms, especially consultants. But to move into these countries, you have to start offering a more comprehensive package than just construction work. You need to offer finance as well.”