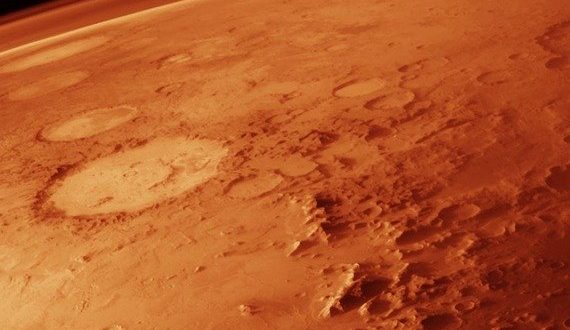 Extraterrestrial life fascinates us all; we look up in the sky and imagine the world out there. Many questions arise and then we get busy in our daily life with unanswered queries. All of us have heard stories, watched movies, and read fiction novels about extraterrestrial life. Hollywood movies strengthen our connection with imaginary life in Space, particularly on Mars. The first human steps on Moon sparked hopes for future endeavors reaching a point in the present day that we are planning to visit and buildings on Mars. It’s believed that the first manned flight to Mars is only a matter of time. The prominent names known for their ambitious projects in space are NASA, SpaceX, Blue Origin, and Virgin.

The existence of all the ingredients for human survival on any other planet is impossible. We should be taking care of this planet earth by all means as, after all, it’s the only place designed for humans to live and thrive. Proper understanding of challenges and opportunities is the key element to colonize Mars. Mars became the focus of scientists when the closet neighbor Venus proved to be too hostile.

Building on Mars has the whole slew of problems, but the key question is how to build and survive in those buildings. Shipping building materials to 225 million km of space is just one of the logistical nightmares. The associated cost is unthinkable and will put this fantasy to sleep before it even started. A lot of proposals have been presented so far to build on Mars however the scientists believe that we need the amalgamation of traditional and modern techniques to build on Mars. Under NASA’s 3-D Printed Habitat Challenge results depicts that the future colonization of Mars is possible to a fair accuracy. Scientists and engineers are aiming to harness the power of 3-D printing technology and the use of Regolith. It is a dusty, pulverized rock layer deposited throughout the solar system over billions of years of asteroid collisions.

“All we need to do is to find a way to turn this dusty material of red planet into a suitable substance ready to three-dimensional printing and sturdy to withstand the local adversaries,”

said Robert P. Mueller, a senior technologist for advanced products development at Kennedy Spaces Center. Part of the problem is to develop a material amenable for various purposes in terms of consistency, curing time, stability, and produce desired shapes.

Researchers think that the diary Regolith can serve as an alternative to concrete based on the data delivered from Mars by rovers. Although Space missions of Mars never provided the actual sample of Martian soil.

Mars rovers data collected by mass spectrometry, laser spectroscopy, and gas chromatography depicts that Regolith is mostly silicon dioxide and ferric oxide. Scientists developed material based on the rover data to replicate the material conditions used for the experiments.

AI Space Factory’s project, called Marsha won NASA’s 3-D Printed Habitat Challenge beating Penn State University. This company considers that the future of building on Mars will be highly dependent on Robots, as the process has to be autonomous due to various limitations. Marsha was made with a 90% autonomous method which reduced the 15% labor cost.

According to AI Factory’s learning, they are thinking that the buildings on Mars present a way forward for construction on Earth as well. We use materials harvested close to the site. If we can do that here on Earth—go to a site, take a limited amount of equipment, and essentially build with the dirt we find there—nothing is more sustainable than that, Malott says, CEO and Chief architect of AI Space Factory. He further added that it would take two years to make the business case for Marsha. We require testing, industry accreditation, and 3D-printing building codes. When that happens, the sustainability rewards could appeal broadly and inspire others to change their methodology.

The human colonization of Mars might seem a distant dream. It is still in its infancy. However, the research and prototypes have indeed laid the foundation of future human settlements on Mars. The civil and construction engineers will identify capabilities and resources that will be key to establishing a sustainable human presence on Mars

More of his articles here.

Muhammad Shoaib is Sustainability and Project Management Consultant. He is also a Collaborative Facilitator of ILFI in Pakistan and ex-UN-SDSN Pathway Fellow. He holds LEED AP, WELL Faculty, and Building performance Analyst Credentials. He can be contacted @ Linkedin or email: MuhammadShoaib@Circlespaces.org