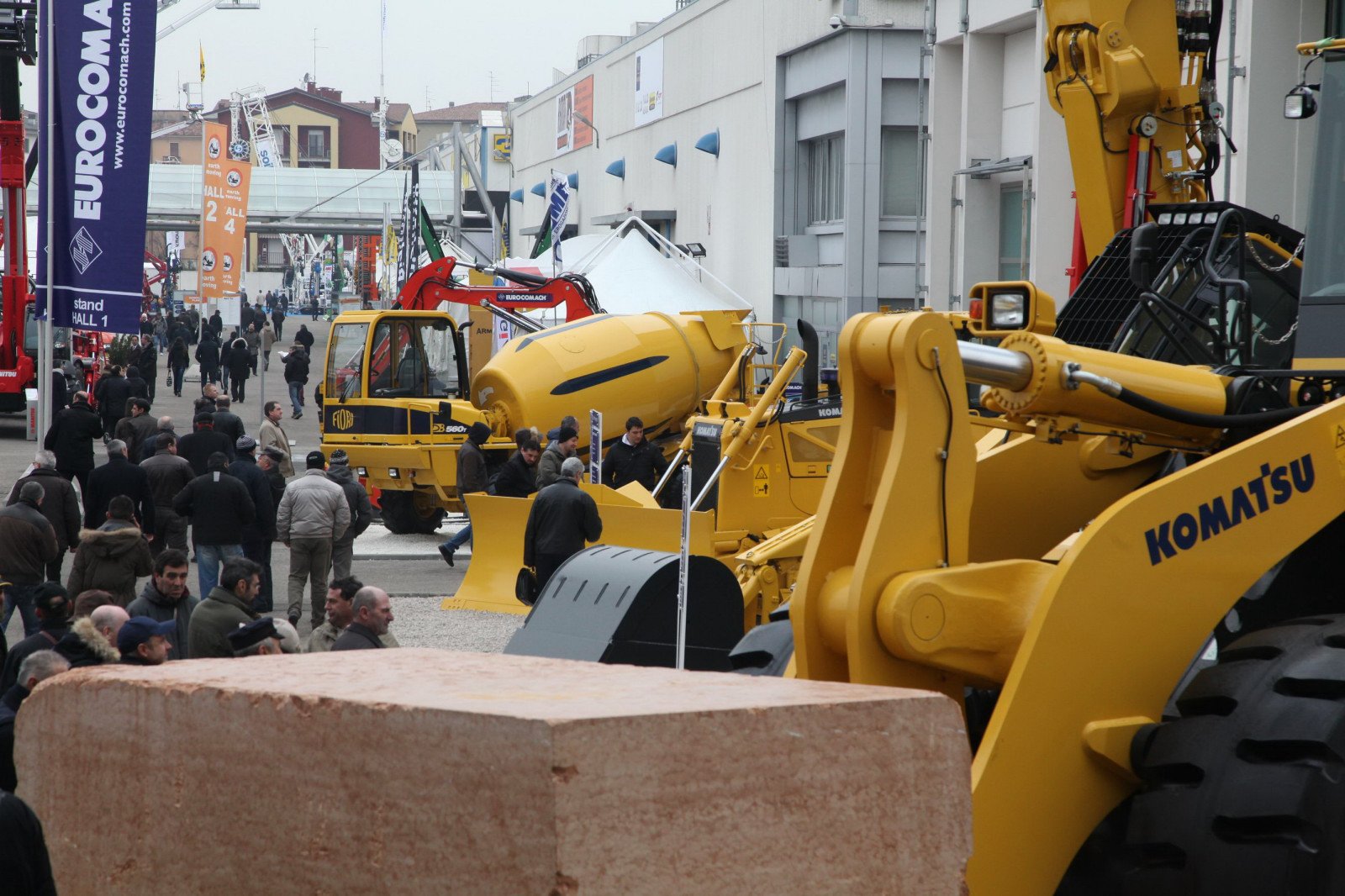 FOR TWO-YEAR PERIOD 2020-2021
INVESTMENTS DRIVEN BY RESIDENTIAL AND PUBLIC ADMINISTRATION SECTORS
Estimates analysed by the SaMoTer-Prometeia Outlook in December
Verona, 21 January 2020 – Construction investments will grow in the two-year period 2020-2021, albeit at a slower pace than 2019. Overall investments in Italy in 2018 came to more than 139 billion euros and current forecasts for 2019 as a whole suggest a further increase of 3.3%, worth around about 4.5 billion euros: these figures are also likely to improve over the next two years, with expected growth of 2.5 billion euros in 2020 (+1.8%) and 2.4 billion euros in 2021 (+1.7%).
These updated estimates by the SaMoTer-Prometeia Outlook were published in Building & Construction sector Monitor for December 2019. A quarterly survey analysing the performance of the sector which SaMoTer, the International Construction Equipment Trade Fair (Veronafiere, 21-25 March 2020), makes available to companies to help them interpret market trends.
Uneven construction trend in the first three quarters of 2019
After strong growth in the first three months of 2019, the market saw a downturn in the second quarter followed by an albeit modest recovery in the third quarter (0.2%), thanks in particular to the residential sector. Despite this weak performance in the second and third quarters, estimated overall growth for construction investments in 2019 is confirmed on average (3.3%), thanks to the fine performance achieved recorded in the first three months of the year.
Residential building was especially sustained by investments to upgrade the housing stock, associated with to renovation requirements, as well as benefits arising from tax incentives. New homes played a less incisive role, given the fall in building permits in the first quarter of 2019, indicating a slight setback in terms of trends (-0.9%).
The real estate market posted a positive trend
As regards transactions on the residential market, the positive trend seen almost continuously since 2014 continued in the third quarter, at a higher rate (5%) than posted in the previous period. On the other hand, trends were diversified on the non-residential market: while the tertiary-commercial segment saw strong growth (+7.4% compared to previous quarters), the negative trend continued in the production sector (-0.9%).
Despite this context of general recovery in transactions, house prices have not yet completely stabilised and actually posted a further slight downward trend in the second quarter (-0.2%), especially for existing homes, compared to an increase in the new housing segment.
Signs of a recovery in capital expenditure by public authorities
The trend for gross fixed investments by public administrations during 2019 saw a recovery in expenditure, with nominal growth of 6.9% in the first half-year, sustained by widespread action implemented in recent years to boost public investments. In particular, investments were resumed by local administrations, that can now benefit from the new public finance rules, starting from the release of budget surpluses in public works.
The public works market confirmed the positive trend seen since 2017: the first nine months of 2019 were characterized by a growth trend (4.7%) for the number of tenders published and an even more significant growth (25.1%) in the value of tenders.
Expansion is expected to continue, albeit more slowly, in the two-year forecast period
Prospects for the two-year period 2020-2021 are nevertheless still positive, thereby allowing construction investments to continue growth, albeit at a slower pace than 2019. The downturn will affect all operating sectors, with the exception of Public Works, which are hoped will commence a period of strong and lasting growth. The huge public resources made available in the period 2016-2019 will be the driving force, as well as funds allocated by the Budget Law 2020 to various central and local area administrations to develop various kinds types of public works or maintenance operations focusing on safety and sustainability.
Growth in residential building is also expected in the two-year period 2020-2021, albeit at more moderate rates than in the period 2018-2019. The progressive reduction of unsold housing stock will continue to encourage a recovery for investments in new homes. a further positive trend is expected in the renovation sector, backed up by the extension to 2020 of tax relief for building renovation and energy re-qualification and their upgrading through the introduction of the so-called “facades bonus”.
Italy: construction sector estimates 2019-2021
(Source: Building & Construction Monitor – December 2019, Prometeia-SaMoTer)