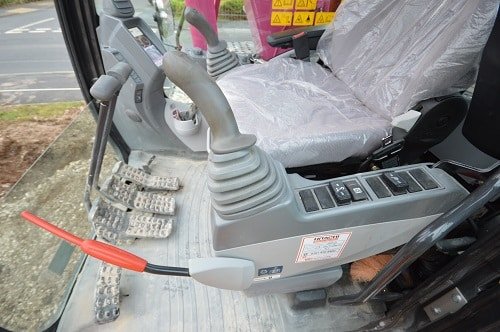 The Strategic Forum Plant Safety Group was formed to produce good practice guidance on plant safety-based subjects and is managed and chaired by the Construction Plant-hire Association (CPA) on behalf of the construction and allied sectors. The plant safety group have published several publications on various topics, produced through subject-specific meetings by those from industry holding the relevant expertise.
The group’s latest project is Reducing Unintended Movement of Plant – Managing exposure to consequential risks, where inadvertent operation of a control such as a switch, lever, pedal etc. has caused unintended machine movement resulting in, in several cases, serious injuries and fatalities. The 2014 publication of an HSE-commissioned report on inadvertent operation of controls with excavators supports the notion that users of plant needed to be made aware of the risks and what control measures should be taken to mitigate consequential risks. The CPA hosted an industry meeting in April 2015 to discuss the topic, and all present agreed that guidance needed to be produced.
A task-specific working group was formed consisting of a range of employers representing tier 1 contractors and SMEs, and further included trade bodies, manufacturers and training organisations as well as the Health and Safety Executive.
Work on the guidance commenced June 2015 from which several meetings were held to discuss the issue, and identify and document the causes and suitable control measures. The group identified that in principle, inadvertent operation occurs through either the operator unknowingly activating a control lever, intentionally activating a control lever but a different action occurs to what they expected, or where safety systems were bypassed or defeated. The guidance covers:

A large number of case studies on real life incidents have been documented and provides an analysis on the causes, consequences and outcomes of each, for which in many cases there are a number of causal factors. This will highlight to readers how incidents have occurred and how they could have been prevented. Manufacturers of plant form part of the working group with the intention of getting them to ultimately design out potential inadvertent operation and risks during a machine’s development phase. The guidance encompasses all plant types including those operated through a remote-control unit, except MEWPs where a separate publication from the Plant Safety Group on crushing issues has already been produced.
The working group consider that the draft document is now ready for a public consultation programme, where those within industry have a chance to comment on the content prior to formal release.
The draft document for public consultation on the Reducing Unintentional Movement of Plant can be downloaded from www.cpa.uk.net/sfpsgpublications along with a comment feedback sheet. The working group welcomes feedback on the document from a wider audience and the public consultation period will close on 16 December 2016. It is envisaged that the final version will be available in early 2017 and a condensed, summarised version will subsequently be produced for easy reference.
Image Courtesy of Nick Drew Media nickydrew@btinternet.com