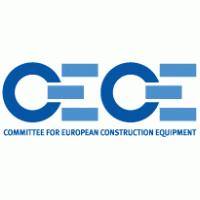 “It is in a mixed market environment but with definite signs of recovery in our industry that Intermat is taking place. CECE is proud to see the sector showcasing its excellence at the Paris fair, demonstrating its readiness for new markets and opportunities”, said Eric Lepine, President of CECE, the European Construction Equipment Association at a press conference held today at the international trade show for construction equipment and building technologies hosted in Paris from April 20 to 25, 2015.

US-market is a bright spot for the industry
“There are still uncertainties in different regions of the world and particularly in Europe, but the good news is that figures are telling that Europe is picking up”, he continued. In 2014, the European construction equipment industry was already back to significant growth, albeit coming from low levels. For 2015, CECE is forecasting that the level of 2014 is to be maintained as further growth is mainly expected to come from hard-hit markets like Spain, Portugal or Italy whereas matured markets like UK, Germany or Scandinavian countries which experienced already robust growth in 2014, will likely remain stable. The outlook for France, one of the biggest construction markets in Europe, is also rather gloomy for 2015. Investments there have almost come to a standstill; rental companies which belong to the industry’s major customer groups, do not show promising signs of buying activities. “Looking at the longer term, 2016 should see a continued slow recovery of our industry in Europe”, predicted Mr. Lepine. The construction equipment sector is still showing a huge disparity between several European countries but CECE believes that the gap is not getting bigger”, he said. On global terms, the bright spot for the industry is North America. As Europe is an important supplier to the USA, several companies should benefit from the positive market development.
Emissions – Stage V regulation needs to be approved by the end of 2015
Mr Lepine emphasized that the construction equipment sector is an important industry for the European economy. To maintain this and to make their contribution in building a competitive and modern Europe, also in terms of technological know- how, the industry needs legislation that works. He referred in particular to the EU emissions legislation’s stage V which is about to come in the near future and will be the strictest exhaust emissions regulation in the world. The respective directive 97/68/EC is still under revision in Parliament and Council. Mr. Lepine pointed out that the industry has delivered significant improvements in the last few years. The construction equipment industry already produces the cleanest and safest machinery in the world and is committed to further support the legislator in this field. In order to do that, the industry needs the support of the legislator. “We need the regulation to be approved by the end of 2015, otherwise our industry will not have the time to implement all the necessary changes in the engine and the machines to comply to these new very stringent emissions standards” said Mr. Lepine. Also, an appropriate replacement engines provision should be inserted in the new legislation. Furthermore, CECE is requesting the legislation’s transition period to be extended by six months. CECE also sees the need for global alignment. An estimated 75% of the world however, is only at stage IIIA and below. As the global market for highly-regulated products is still quite small, Europe cannot afford to deviate too much from requirements in other ambitious nations in this field. CECE thus urges the EU to maintain alignment in standards and limits with other regions, notably with the US, and actively promote worldwide alignment.
TTIP helps to secure free trade and to foster competitiveness on the global scale
This is also why CECE sees TTIP, the Transatlantic Trade and Investment Partnership, as a great opportunity for the European economy. “We support TTIP because we are for free trade and we need cooperation and harmonization in all markets”, he pointed out. There are still tariffs that are an obstacle for free trade, like different emissions regulations, international standards like machine safety or labelling, different test procedures or access of companies to public procurement. Regulatory cooperation is by far the most important point: “When regulations are recognized on both sides we will have harmonization in the end”, he said. And, advanced markets should be aligned. If they set common standards together they form a bigger block towards other regions and will set the pace and the standards. Free trade on both sides of the Atlantic would foster competitiveness of the industries on the global scale.
Rental companies, operators and equipment manufacturers need to join forces
A major obstacle for tree trade on the European Internal Market remains the problem of non-compliant machines coming to Europe. According to a CECE survey, one out of three companies is facing lost sales due to this. “A good market surveillance system enables a shift from unfair price competition between machines that are not complying to same standards to a fair competition based on quality amongst machines that are compliant”, said Lepine. As resources on market surveillance are low in the member states, EU legislation must be enforced and policed. This is why CECE keeps on calling on the European Commission to keep the issue on the agenda and to improve market surveillance legislation and enforcement. The association works on the market surveillance topic in a rather practical way directly in the construction sector by making inspections at trade shows and auctions or by providing information about dangers and risks when buying non-compliant machines. CECE has also started an initiative to call on rental companies and operators to form a joint force.
Further background information like the CECE annual economic report or CECE position papers is available at www.cece.eu.
About CECE
CECE represents and promotes the European construction equipment and related industries towards the European Institutions, coordinating the views of national sector associations and their members, and working with other organizations worldwide to achieve a fair, competitive environment via harmonized standards and regulations. The European construction equipment industry represented by CECE consists of around 1200 companies and employs 130.000 persons directly, with the same number in sales and services. The industry had a turnover of 26 billion Euro from European production in 2014. CECE is a network of 14 member associations in 13 countries, including Russia and Turkey, and holds office in Brussels. CECE also is conceptual sponsor of Intermat.