Executive Hire Show now in its 8th consecutive year – more exhibitors sign up than ever before – The show is a total SELL OUT!

The 8th annual Executive Hire Show is taking place on the 12th and 13th February at the Ricoh Arena in Coventry, UK
The Executive Hire Show has long since established itself as ‘the home of hire’ and has become the one show in the exhibition calendar not to miss for hire industry professionals. Each year support grows for the show as more blue chip companies’ sign on the dotted line to exhibit.
The 2014 Executive Hire Show is now sold out! The event is set to be the biggest show to date, with a record 148 exhibitors, over 70 new products and 10 finalists in the Innovation Trail.
The 2013 Executive Hire Show attracted a total of 1612 relevant hire visitors and of those, 90% of the event’s attendees were independent hirers. The 2014 show is hoping to significantly increase this number with more dedicated hirers making the journey to the Ricoh arena.
Hire professionals visit the event to see the plethora of new products which are showcased many of which will be seen for the very first time in the UK and in some cases will be making world debuts.Many of the products and machinery on display will be aimed at making the user’s business more efficient and more profitable. Innovation will be the key – not just the best kit but the kit that ‘works smarter’.
Exhibitors also offer ‘show only deals’, which makes the show an even better prospect for visitors. It’s also the perfect opportunity to keep bang up to date with what’s going on in the hire industry.
Here’s just some of what’s going to be on display at the 8th annual Executive Hire Show.
Peli Products UK will be showing its portable battery-powered lighting systems, ranging from self-contained units to tripod mounted versions with adjustable masts. 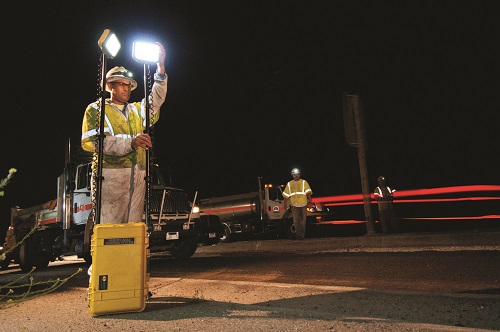 Etesia UK will officially launch its multi-purpose electric barrow, which can be fitted with wheels or tracks, carries 300kg and climbs 30 ° slopes. The company also distribute Pellenc cordless tools powered by Lithium-ion batteries 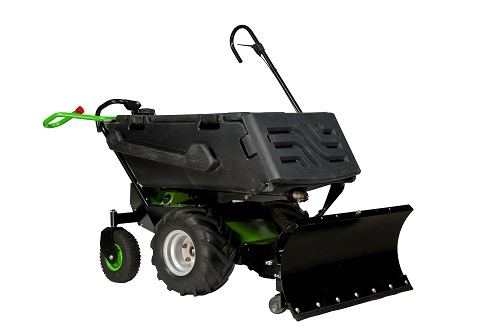 Another innovative product is Multidrum, which has developed a screening attachment that fits on to the popular Belle Minimix 150 mixer. “Our Multidrum comprises three screens and discharge chutes for rubble,” said Inventor John Shakespeare. 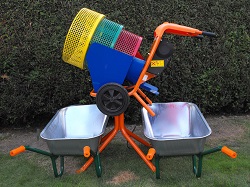 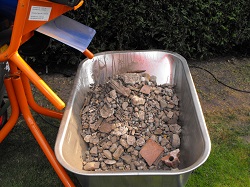 “It has no moving parts, with the rotary motion coming from the mixer and it discharges material into two barrows, for the screened soil and spoil respectively.”
Angry Bear will be showcasing a new award winning compact machine that both crushes and shreds material for recycling and also powers a huge range of site tools. 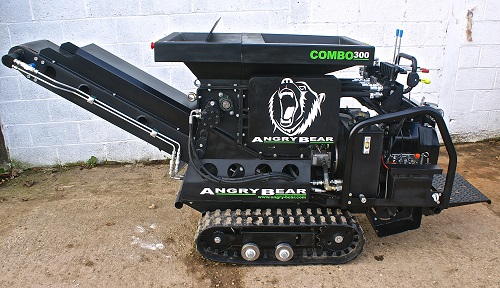 On show in public for the first time in the UK at EHS 2014 will be the three models in the new BOMAG Tamper Range, BT 60, BT 65 and BVT 65, which weigh in at 58, 68 and 65 kg respectively with working widths of 230, 280, and 280 mm. Optional tamper foot widths up to 330 mm are available. According to BOMAG, The new range of petrol powered tampers delivers everything you expect from the company.
Japanese mini-excavator specialist, Hanix, will be showing two models from its new generation ‘D-series’. Visitors will have the opportunity to view the H09D micro and the H17D mini, both of which are versatile and productive diggers for use on space-restricted urban sites, and have been designed around the specific demands of the rental market. Body panels are all steel construction to withstand everyday site knocks, and the boom cylinder is located above the boom to protect it against accidental damage when digging. 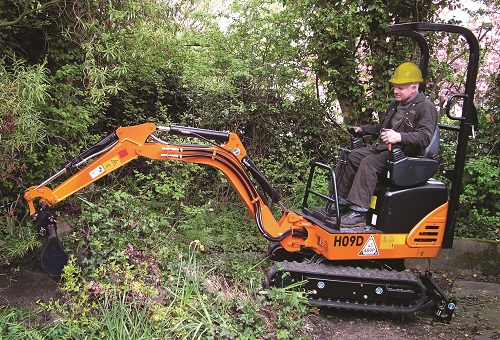 Another Mini will be on show on the Ammann stand – the new Yanmar 2.6 ton crawler mini-excavator SV26 mini-excavator which was originally launched at Bauma last year. The latest arrival in the ultra-short radius SV series is aimed at a wide range of applications such as urban renewal, agriculture and landscaping. 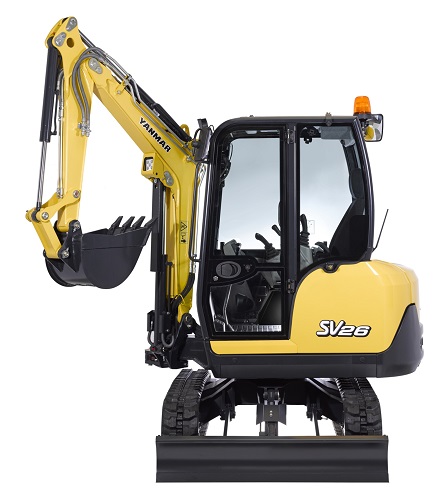 Metal Innovations is known in the material extraction field as the maker of the unique Celtic Miner range of machines and equipment which can be customised to suit specific conditions underground for maximum efficiency. 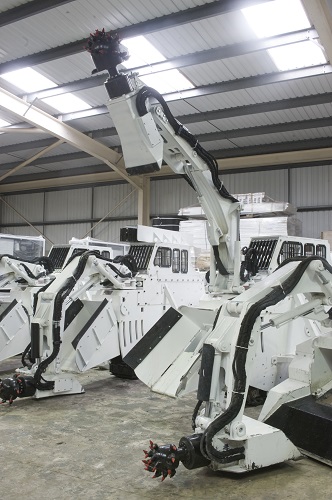 The company is now developing a scaled-down version of its pack leader, the high-performing CM4500. The new CM4500 Compact weighs in at just over 1 ton but with all the abilities and attachments of its bigger brother – including more than dozen options of cutting/bucket heads. At just 700mm wide, it is being designed for confined spaces where conventional excavators can’t swing round to empty the bucket.
Volvo Construction Equipment will be exhibiting their ever popular EC15C and EC18C compact excavators along with the DD25 tandem roller. Also the 2.5 ton new ECR25D compact radius mini excavator, which was launched at Bauma.
Over the last two decades, GreenMech has revolutionised the world of wood chippers and green waste shredders with innovations in design and technology. The company’s Arborist and ArbTrak 150 wood chippers have found a niche in the hire market. 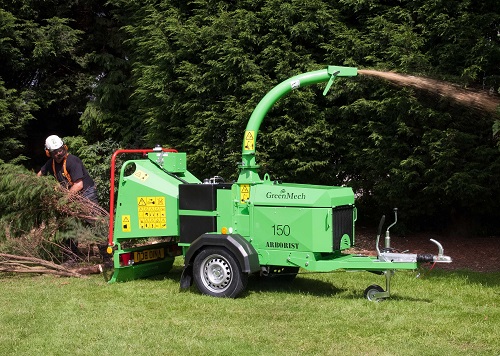 The Arborist 150 road tow machine has a chipping capacity of 150mm and is the most popular size of chipper for the general hire market. It is a diesel powered hydraulic machine designed to be cost effect with little sophistication and fits in at the lower end of the GreenMech range of road tow machines. Ideal for the hire market because of low maintenance, needing only general engine maintenance like greasing, but most importantly in the area of blade sharpening.
The Arborist 150 is a good ‘all round’ tow machine only matched by its tracked version, the ArbTrack 150 that becomes a ‘go-anywhere’ chipper that can be manoeuvred into tight spaces, like a back garden.
Postpullers (UK) is coming to the Executive Hire Show for the 2nd time the company design and manufacture a range of innovative machines for the easy removal of all kinds of posts. 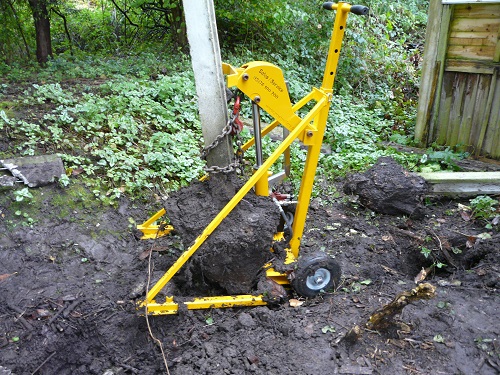 The company is showing its Hercules model which according to Postpullers is able to effortlessly remove concrete, wooden, and steel fence posts, including concrete footings up to 60cm wide in less than two minutes. The machine is on wheels, so once the post is pulled, the operator can simply wheel it away. No digging is necessary with this machine and it can also tackle broken posts.
The new JCB 8014 CTS mini excavator will make its Executive Hire Show debut alongside JCB’s range of purpose built compact equipment for the rental sector. 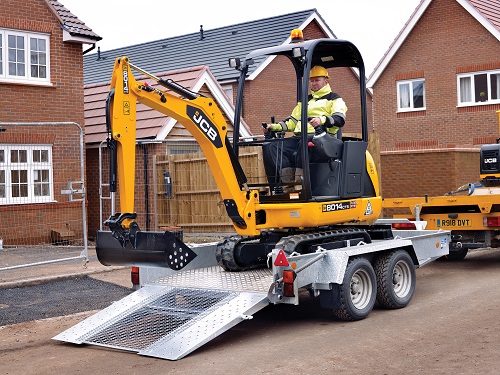 JCB will also show a model from its 17-strong line-up of skid steer loaders and compact tracked loaders which includes both radial and vertical lift variants. They offer 16% better fuel efficiency than competitors and 60% greater visibility.
Takeuchi is back after a year out andwill be showing its most recent arrival the new TB216 Cab, the replacement for the popular 1.5 tonne TB016 – and you can all get a first look at the EHS. 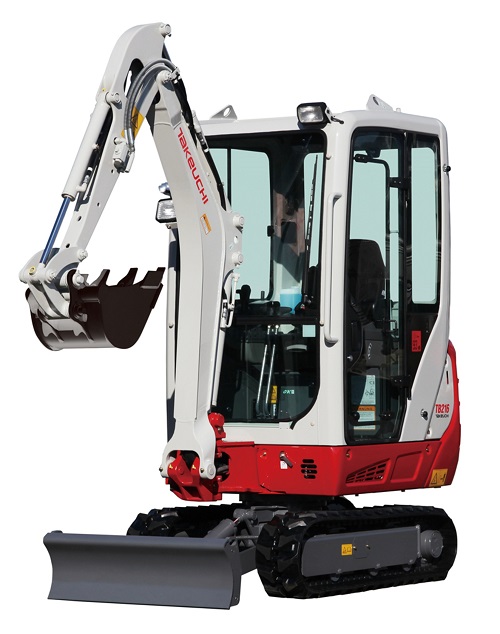 The new TB216 remains a highly anticipated machine for tool hire and utilities. Takeuchi’s 1.6 models both cab and canopy have proved very popular in this busy weight class, the TB016 is Takeuchi’s best-selling machine in the UK.
The new model remains a machine designed and built for hire, Takeuchi tell us not to worry – expect more of the best features including expanding tracks, added dig depth, familiar smooth controls plus a new VDU control panel.
Alongside is the more compact TB215R with a reduced tail swing, once again a utilities model built for the lighter end of excavating
Kubota, is exhibiting at the EHS for the very first time. The company will be showcasing a wide range of products at the show, including its high performance range of mini-excavators, alongside some other solutions that are growing in popularity in the hire sector such as utility vehicles and tractors. 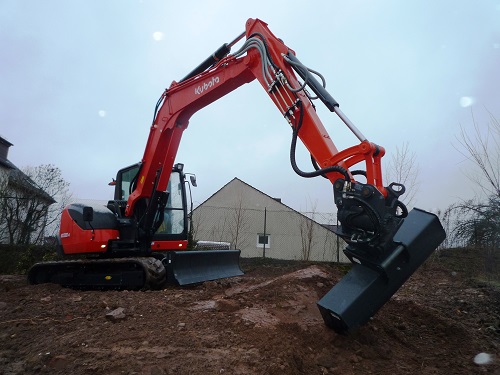 Rebecca Bryson at Kubota, commented: “The EHS is a great platform for us to showcase our machines. A key focus for us will be the KX080-4 – one of the most innovative, powerful and efficient excavators on the market. The Stage IIIB compliant KX080-4 has raised the bar in what is a highly competitive compact plant market, with sales going from strength to strength since it was launched in early 2013. Kubota was confident the machine would prove popular but are obviously delighted with how well it has been received and we now look forward to showing it to visitors on our stand at the show.”
Manitou Group will be exhibiting a 100VJR vertical lift access platform which has a working height of 10 metre. Its compact dimensions enable the VJR to work in confined areas without compromising on performance. The basket is spacious and the controls are intuitive for maximum operator productivity. 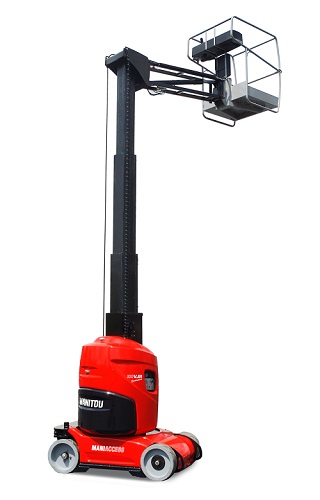 Also on display will be a selection of skid steer loaders from Gehl & Mustang, both brands are part of the Manitou Group and provide handling solutions in a variety of applications.
This year Thwaites will be exhibiting for the 8th consecutive exhibition. On a larger stand than previous years Thwaites will be showcasing products aimed at the tool and plant hire sector. 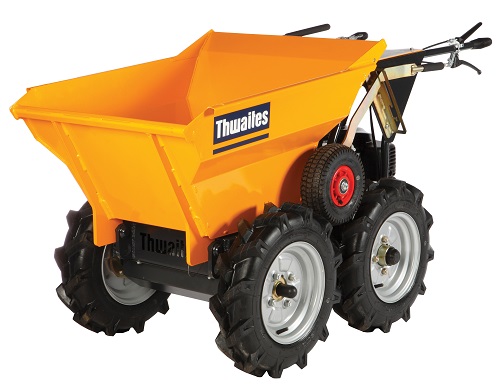 Thwaites will be displaying its innovative range of Hi-Swivel dumpers and the market leading 1 Tonne Hi-Tip dumper which is perfectly suited for working with mini excavators.
As a special show only offer Thwaites will be offering a £250 reduction on any Micro Dumper purchase made with the Executive Hire Show voucher.
On the Doosan Construction Equipment stand visitors will be able to see the latest products for the plant and tool hire industry from the company’s Bobcat, Doosan Portable Power and Attachment businesses. The company will be showing the popular Bobcat E26 compact excavator, a compressor-generator (7/31G or 7/41G), a Montabert breaker and a selection of air-powered Doosan breakers and tools. 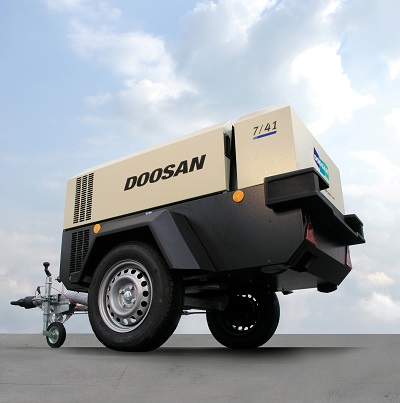 The 2.6 tonne zero tail swing E26 mini-excavator offers all the advantages of the E-generation of excavators from Bobcat, including high performance, stability, safety, operator comfort and durability. The E26 model is part of the Bobcat micro- and mini-excavator range from 1-3 tonne, which also includes the well-established E08, E10, E14, E16 and E25 models.
Husqvarna Construction Products will be showing its range of power cutters; including the new K 760 OilGuard which, Husqvarna say, is designed with the hire industry in mind. 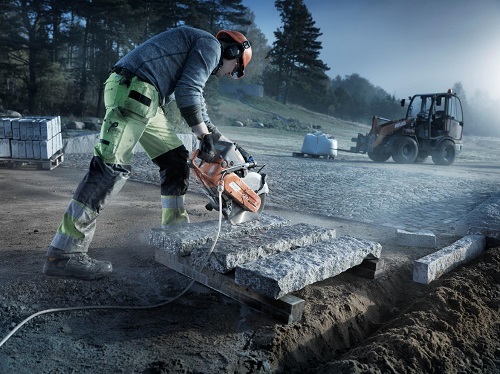 The K 760 OilGuard has all of the features of the new K 760 power cutter – enhanced power to weight ratio, improved ergonomics and start-ability as well as low vibrations (less than 2.5 m/s²). Additionally it is equipped with an optical detection system which identifies whether the oil type is correct. If it detects an incorrect oil mix the machine will automatically shut down to idle, alerting the operator. As a result this means lower repair costs and reduced downtime.
A range of lightweight floor saws will be on show including the FS400 LV, which has excellent weight distribution, stability and low vibrations. Also on display will be drilling equipment including the DM 220 drill motor which is equipped with a new level guiding system increasing precision and efficiency. Cutting diamond tools, Diagrip2™ will also feature.
Visitor registration for the show is open at www.executivehireshow.co.uk and it’s free. There is also a comprehensive exhibitor list, show news and a floor plan to help plan your visit and make full use of your time at the show. See you there (12th and 13th February 2014 at the Ricoh Arena Coventry, UK) Missing the 2014 EHS and you’ll be missing out!
Source:  Executive Hire Show

Previous Choosing the Right Crane
Next Wedding on Track, Boom, Bucket and Bride – Operator gets ‘Quick Hitched’ with his Hyundai!