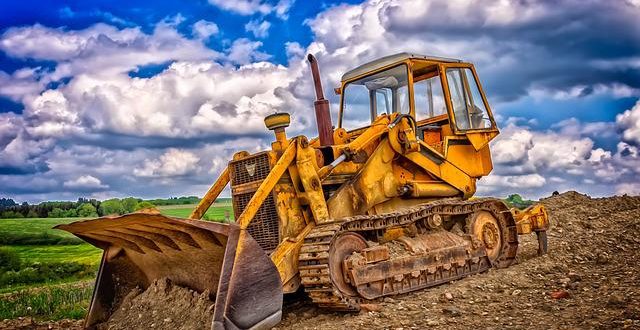 MILWAUKEE – While technology has been enhancing excavator performance for more than a decade, end-user demand for certain features has accelerated in the past few years.

We talked with leading manufacturers to get their take on those innovations that provide the typical construction company with the best bang for the buck—innovations that allow excavator operators to:

1. GET TO GRADE IN CONSIDERABLY LESS TIME

Ryan Neal, Market Professional and Product Application Specialist for Large Excavators at Caterpillar, says 2D grade control has been a game-changer. The operator simply selects target depth and slope, and sensors and onboard processors provide real-time guidance on the distance to grade. That eliminates all of that in and out of the cab to set up stakes and lasers, oftentimes slicing an operator’s productivity in half.

Matthew McLean, Product Manager for GPE Products at Volvo Construction Equipment, says interest in 2D indicate systems has exploded over the past two years. Demand was initially driven by the typical contractor’s desire to save time. More recently, it is all about the industry-wide challenge of finding skilled workers.

“A newer operator might not be as fast, but at least they’ll be on grade because the monitor screen in the cab will let them know both visibly and audibly,” McLean points out. “Volvo’s system, Dig Assist, as seen in the above photo, is also designed to be easy to use, which is why we’ve made it standard on our 22- to 55-ton excavators. On virtually all other models, Dig Assist is an option.”

Volvo calls its system Active Control and offers it as standard equipment on five excavator models: the EC220E, ECR235E, EC250E, EC300E, and ECR355E. “We’ve gone electric-over-hydraulic in the controls because we now have joysticks talking directly to computers and the valve and pump,” McLean explains. “When Active Control is turned on, once you get within a window of 4 inches (10 cm), you can just pull back on the arm lever and the computer helps you dig.”

At the basic level, Active Control controls the boom to prevent operators from over-digging. But it can also be set up to control bucket angle and can even control a tiltrotator. Operators can allow the system to control back grading and can also specify if they need to achieve a finer or rougher (normal) grade. Finally, functionality such as swing control and swing fence help operators dig and load more efficiently while avoiding side obstacles.

On that note, Caterpillar has made its swing-control technology, 2D E-Fence, standard on its excavators. This safety system uses data from position sensors to automatically stop motion when the front linkage reaches the operator-defined boundaries.

Caterpillar’s Neal points to one other game-changing technology that has come to excavators in recent years. Cat Payload uses cylinder pressure data and machine sensors to continuously calculate material weight while the excavator works.

The D-ECOPOWER system, an option on select models, features an electronically controlled pump, a closed-center main control valve, and nine sensors that electronically detect and control the precise amount of hydraulic oil required to perform a task.

“The exact amount of oil required is metered instead of a fixed amount continuously being forced through the system,” says Aaron Kleingartner, Product and Dealer Marketing Manager for Doosan Infracore North America. “The hydraulic system output requirements are optimized with engine horsepower. The resulting efficiency reduces fuel consumption and improves productivity substantially. Improved feedback through the controls also results in an outstanding level of operator comfort and much smoother machine management.”

A second innovation from Doosan is its Smart Power Control. Controlled by the ECU (engine control unit), this technology is implemented through two systems, variable speed control, and pump torque control, that work together to improve efficiency while maintaining productivity. “Smart Power Control can save as much as 5-7% in fuel consumption,” Kleingartner says.

Cameras are also taking excavator productivity and safety to another level. For instance, Caterpillar excavators come standard with two cameras, one on the right side and one at the rear. A four-camera system is also an option for contractors who want to maintain a 360° view around the excavator.

Over the past five years, Doosan’s Kleingartner says technological innovation has accelerated with respect to cameras. Doosan offers a standard rearview camera and an optional side view camera. Operators can view one or both (side-by-side) on the LCD screen in the operator’s cab.

Volvo’s McLean also agrees camera systems have come a long way. The company began adding backup cameras more than a decade ago. Most recently, in 2020, Volvo Smart View was developed and has since been made standard on Volvo general purpose excavators (EC140 and larger).

Now the industry is beginning to work on a camera system that warns the operator when certain movement is detected, McLean points out. Additionally, the future of excavator tech is likely to include increased adoption of things like 3D grade control, remote control operation, and even certain levels of autonomous operation. But as of right now, more construction contractors are making better use of game-changing technologies that have been available and continually improved for years.

About the Association of Equipment Manufacturers (AEM)

Previous When it Comes to Safe and Sustainable Infrastructure, Better Won’t Arrive Out of the Blue
Next Machinery Regulation CECE comments on Council position and prepares for trialogue