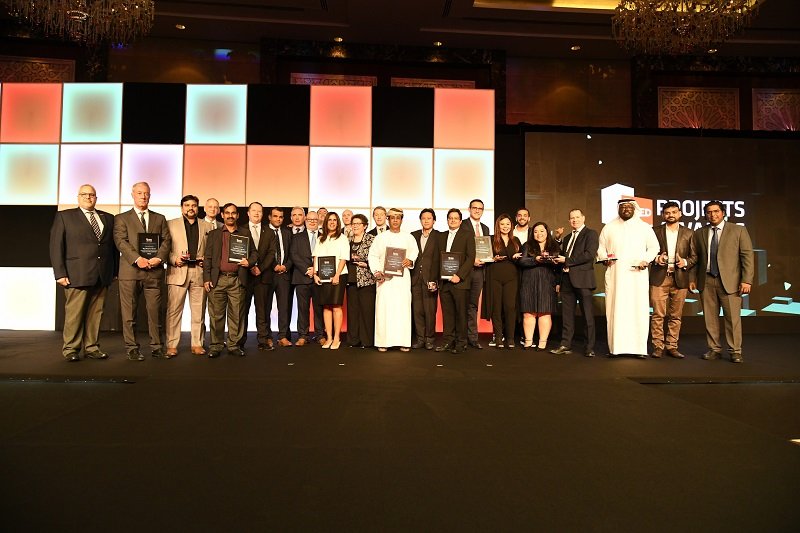 Dubai, United Arab Emirates; 28 April 2019 – The Gulf region’s best projects have been revealed as winners were announced at the 2019 MEED Projects Awards, in association with Mashreq.
The only awards programme recognising excellence for completed projects in the GCC, MEED Projects Awards, in association with Mashreq, honoured national winners from the Kingdom of Bahrain, Kuwait, Sultanate of Oman, Kingdom of Saudi Arabia (KSA) and United Arab Emirates (UAE) in ceremonies held at the Conrad Hotel Dubai recently.
UAE had the most regional winners with seven, followed by Oman with four. Saudi and Bahrain had three winners each, while Kuwait had one regional awardee.
“We are honoured to be a partner with MEED in recognising projects excellence in the GCC. This is our way of putting a spotlight on these projects for not only upholding quality standards, but also in improving the standard of living in the Gulf through their invariable impact on the socio-economic aspirations of the region,” said Mohammad Khader Al Shouli, Senior Vice President, Head of Contracting Finance at Mashreq Bank, headline sponsor of the awards programme.
The 2019 MEED Quality Project of the Year, in association with Mashreq, the award programme’s highly coveted honour, was given to KSA’s Haramain High Speed Railway Project (entered by Saudi Railways Organization and owned by the Government of KSA). It also won the GCC Transport Project of the Year award.
The judges praised the project’s efforts to maximise social impact and the efficient design of departure and arrivals lounges improving passenger flow and comfort and which are also low energy with innovative prismatic daylight collectors on the roofs.
The other KSA winner was the Titanium Sponge Plant Project in Yanbu Project (entered by a Joint Venture of Chiyoda Corporation and CTCI Corporation and owned by Advanced Metal Industries Cluster and Toho Titanium Metal Company Limited) which was awarded the GCC Industrial Project of the Year.
“The GCC is home to some of the world’s most high-profile projects, known worldwide not just for their engineering and construction brilliance but also for being beacons of the region’s economic progress. We are delighted to honour their commitment to the highest quality standards for projects excellence,” said Richard Thompson, Editorial Director, MEED.
Among the regional winners from the UAE were Warner Bros. World Abu Dhabi (GCC Tourism & Leisure Project of the Year), Bluewaters Mosque (GCC Small Project of the Year), Improvement of Mafraq to Al Ghweifat Border Post Highway – Section 4A from Himeem Interchange to Abu Al Abyad (GCC Road Project of the Year), Sheikh Shakbout Medical City (GCC Healthcare Project of the Year), Offices 4 and Offices 5, One Central (GCC Commercial Project of the Year), Khalifa University (GCC Education Project of the Year) and Dubai American Academy (Innovation Medal, sponsored by China State Construction).
In Oman, the projects honoured for excellence were Diyar Al Salam (GCC Residential Project of the Year), Suhar Refinery Improvement Project (GCC Oil and Gas Project of the Year), Salalah II Power Project (GCC Power Generation Project of the Year) and Muscat International Airport (Mega Project of the Year).
From Bahrain, Madinat Salman Sewage Treatment Works, Long Sea Outfall & Irrigation Network which received the GCC Water Project of the Year, GCC Engineering Project of the Year and the Sustainability Medal (sponsored by China State Construction).
Kuwait’s regional winner was The Ministry of Education Headquarters Project which received the GCC Social, Culture and Heritage of the Year award.
Special awards were also given to Maher Habanjar, Senior Director of the Water & Environment Division at Khatib & Alami, (Engineer of the Year), The Founder’s Memorial (MEED Editor’s Award for Special Achievement) and Al Karamah School, Abu Dhabi (MEED Editor’s Award for Contribution to Community).
Source: MEED