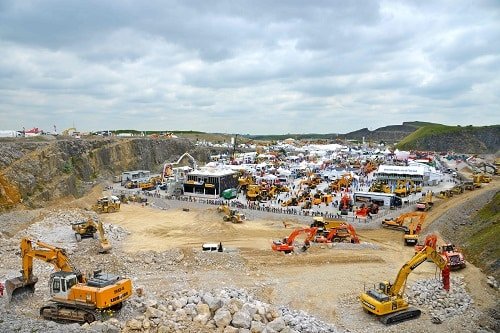 Demand for the 2016 event has been buoyant with every square metre now allocated, including a new outdoor area at the southern end of the site and an extended Registration Pavilion.
More than 460 exhibitors will attend, with all the major industry players returning as well as some exciting new companies for 2016. Click here < www.hillhead.com/exhibitor-list > to browse the complete exhibitor list.
More live demonstrations than ever before are also planned and will span four dedicated areas:

The show takes place from 28–30 June 2016 at Tarmac’s Hillhead Quarry, near Buxton, Derbyshire, UK. It is free to visit, just pre-register at www.hillhead.com

Previous Ritchie Bros. holds its next Donington Park auction on March 22
Next What’s the best way to get to bauma?