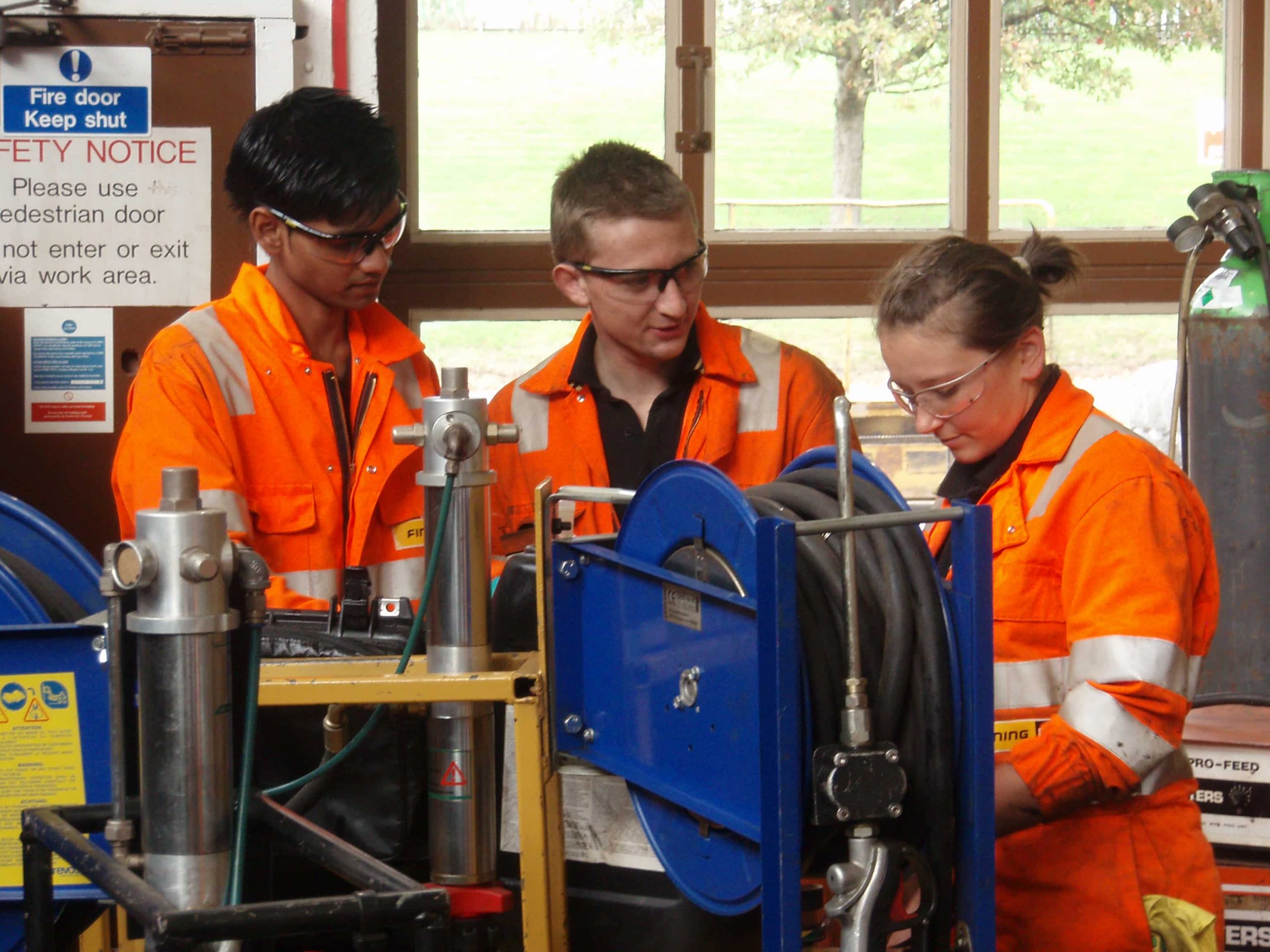 Land-based Engineering – get used to the phrase. Within the context of apprenticeships for construction plant service and maintenance engineers it is vital that you do. The CEA’s Skills Council representative Philip Burgess reports.
On December 16th, the Skills Funding Agency approved for use the two Trailblazer Apprenticeship Standards on which the CEA has been working in partnership with the agricultural sector’s Land-based Engineering Training & Education Committee (LETEC) for most of the past year. This successful outcome has provided the construction equipment sector with standards that describe the job role that apprentices will undertake and the skills required of them by the Land-based Engineering (LBE) sector and are pitched at Level 2 for ‘service engineers’ and at Level 3 for ‘service engineering technicians’. The good news extends further in that the LBE standards have been placed in the highest funding band for government funding under its new regime to commence in May 2017.
In 2015 the CEA Skills Advisory Panel identified the need to analyse the construction equipment sector’s apprenticeship training needs within the context of the (then) relatively new UK government policy of developing new sector-specific ‘Trailblazer’ apprenticeship standards. We quickly recognised the importance of such standards with respect to service engineers as these employees are the backbone of construction plant manufacturers and their dealers and there was widespread recognition that steps much be taken to ensure they are provided with the right structured training programmes and with recognised career paths. This need was also driven by the government’s intention to remove funding for existing ‘Framework’ apprenticeships by 2020 and also by pressure put on the supply chain by the public sector and other clients. Moreover, the government’s imposition of the Apprenticeship Levy from May at 0.5% of employers’ pay bills over £3 million will have a significant impact on larger companies. Therefore, for employers to derive best value for the spending of training vouchers that are to be used as part of the levy scheme, it makes sense to have apprenticeship standards tailored specifically to our sector.
Discussions early last year with LETEC regarding its previously-approved LBE Trailblazer demonstrated the closeness between construction plant and agricultural plant and that they share most of the generic requirements for underpinning technical skills and knowledge. Consequently, our efforts throughout 2016 were to serve the interests of construction plant by defining and securing approval for an appropriate pathway for use within an amended LBE Trailblazer rather than shaping a new, separate Trailblazer which would have involved considerably more time and cost and risked not being approved by government due to its closeness in character with the LBE Trailblazer. The work has involved close engagement with the agricultural sector, the Skills Funding Agency, training providers and training assessment bodies and now continues on the development of the associated assessment plan for the Trailblazer – approval of which is anticipated by April, ahead of the introduction of the government’s new regime for apprenticeships funding in England.