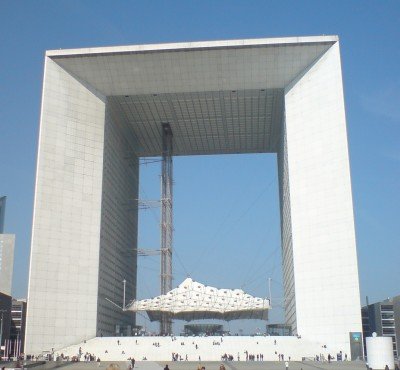 Intermat the leading Equipment Exhibition in 2012 will be held in Paris.

Paris, as France’s capital city, is home to an estimated 2.2million inhabitants. Between the 16th and 19th centuries it was the largest city on earth and even today it remains a leading force in areas from global politics to media, art and fashion.

The city is steeped in history, and settlers are said to have first lived in the area some six millennia ago. It seems that Paris’ motto, fluctat nec mergitur, could be viewed as paying homage to this longstanding existence (“it is tossed by the waves, but does not sink”).

For many foreign visitors, Paris has always been viewed as romantic, the stuff of artisan black-and-white movies, fine dining and exquisite wines. Indeed, the romantic side may be true – earlier this year, poll results showed Paris’ Eiffel Tower as the most romantic place to propose on earth.

However, the great thing about Paris is that for every stereotype there is an alternative. There are as many independent cafes and street food stalls as top restaurants, as many attractions free to the public as those more suitable for visitors with cash to splash.

There are of course many reasons why Paris has achieved worldwide fame – so much so, that it’s almost impossible to give Paris the justification it deserves in so small an article.

We’ll start, for now, at the heart of the city – not only the geographical centre, but also the area which settlers are believed to have first inhabited, and which has been lived in ever since; The Ile de la Cite.

One of two natural islands in the centre of Paris, the Ile de la Cite houses a cherished Paris landmark, which remains a notable place for tourism and worship, even after the eight and a half centuries since its construction: Notre Dame Cathedral.

The Notre Dame, or to give her the full name, Cathédrale de Notre Dame de Paris, translates to “our lady”, signifying the place she holds in the heart of Parisians. The gothic building is situated in the middle of the Seine river, and the earliest stones were laid in the late 10th Century.

Cross over the bridge to the right bank of the Siene, and a short walk later you find yourself at the Palais Royal; the 1600s palace which now houses the constitutional council and ministry of culture. The site faces the Louvre Museum, allegedly the world’s most visited museum and surely France’s most famous gallery, being home to many extraordinary works including Leonardo da Vinci’s infamous Mona Lisa painting.

Film buffs will recognise the Louvre as being a setting for the final scene of Ron Howard’s 2006 film The Da Vinci Code, not least due to its two glass pyramids, one above the ground, one below, standing guard outside the museum.

Short distances away are the Eiffel tower (long the place of dizzy romance (but did you know it is also the most-visited paid monument in the world?), the Moulin rouge, and a whole host of other landmarks which you’ve just got to visit whilst in the city, even if only to say that you’ve been there.

Needless to say, however, there are many more places to explore on your visit; step off the beaten track and you’ll find a whole host more to see and do.

Parks and gardens abound; Paris has a large area of green spaces, including the Jardin du Lunxembourg, 22.5 hectares of parkland belonging to the French senate, located in Luxembourg Palace on the left bank side of the Seine.

Roughly speaking, the left bank is considered to be ‘creative’ Paris; dozens of great artists and writers (including Pablo Picasso and Henri Matisse) have lived, struggled and prospered in this area.

Paris is great for walking and exploring and has numerous hidden gems tucked away down little alleys and streets.

So all considered, perhaps a tour around Paris is one of those journeys which is better left unplanned; follow your imagination and this charming city will never fail to surprise you.