“…Macchu Picchu is an outstanding example of man's interaction with his natural environment.”
~UNESCO
Machu Picchu, meaning "old peak." was found by Hiram Bingham an American historian in 1911. It is built on the site of a sacred city of the ancient Inca empire within the Cuzco region of Peru in South America. On a protected site over 32,000 hectares in area,  it lies some 2,430 metres above sea level above the holy Rio Urubamba within a tropical Andean mountain forest on a ridge that straddles two earthquake fault lines. 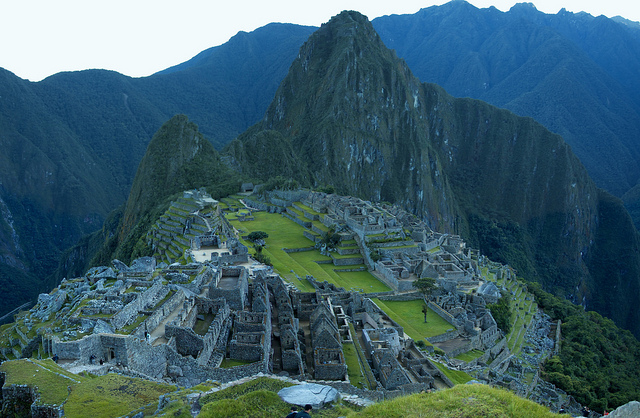 It was built in an unusual situation even for the Inca.  The Inca capital, now modern-day Cuzco was a 5 day walk away for the Inca whilst other Inca towns such as Pisac were located on far more accessible terrain.  The reason for their choice of site for this ‘lost city’ appears to be spiritual for it is surrounded by other holy peaks that the Quechua speaking Indians worshipped, including the dominant Huayna Picchu, Mount Yanantin and Putukusi.

From the Spanish Conquistadors, we learn that the last Inca emperor retreated into the mountains, to a city called Vilcabamba, now understood to be at Espiritu Pampa, which had been an Inca stronghold for 35 years but which was destroyed by the Spanish and of unknown location.  It was not to be for it is now clear that the Conquistadors never reached the city of Machu Picchu to destroy it.

Bingham believed he had found the place that the Inca named “The Lost City of Tampu Tocco,” also of unknown location.

The Incas only ruled for 100 years.  Their empire was destroyed by smallpox, civil war and finally by the Spanish Conquistadors.  Their city at Machu Picchu was apparently abandoned at that time.

The Inca are acknowledged to have built the estate of Machu Picchu between 1438 and 1528, the time of the Spanish Conquest, during the period of the great Amautas Inca emperors, Pachacutec (or Pachacuti, meaning “he who makes the world”), Inca Yupanqui (1438-71) and Tupac Inca Yupanqui (1472 – 93).  It appears to have been conceived a secret royal retreat for them as some researchers suggest it was not known to all Inca.

After the descriptions by Spanish Jesuit, Berabé Cobo, who interviewed descendants of the Inca in the late 1500s, most archaeologists and researchers believe that the city of Machu Picchu was built for principally for Pachacutec, his royal household and associated entourage. It has been estimated that around 5000 people built the city, but that it served a population of only 750-1000.  Strangely only about 200 – 250 skeletons found which supports that theory that it was abandoned at the time of the Spanish Conquest.

The beautiful stonework at Machu Picchu is similar in style to other temples associated with Pachacutec in other Inca cities, suggests he was strongly involved with the structures here.
The city at Machu Picchu was built in the classical Inca architectural style over a series of terraced foundations. The structures are laid out so that their functions echo the contours and form of their surroundings.

The study of the development of its urban form has led some researchers to conclude that the Inca had built it the city to resemble a condor in flight, when viewed from above, or even from Huayna Picchu. However the physical geography of the mountain might also have given rise to the unusual shapes. The mystery of its city planning continues to be unravelled. 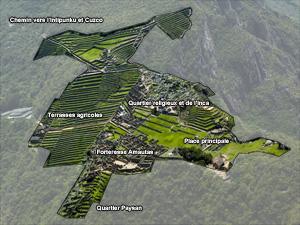 There is no evidence of any defensive walls to the site and more evidence that it was built as a sacred royal city and defended via other means.  Skeletal evidence of its people indicates they personally defended the site and it is suggested that they were skilled at psychological warfare and strategically built the city on the sheer faced mountain top.

The quality of the stonework suggests it was royal and the presence of altars and religious structures suggests it was sacred.  The doorway of the main gate, the only formal gate into Machu Picchu, frames the sacred peak of Huayna Picchu.  Elsewhere some windows have special views, either of the holy Rio Urubamba below or of another sacred mountain peak.

In certain places, the Inca carved stones in the shape of sacred peaks surrounding the city, then displayed them like massive, holy icons. Bingham noticed that one such stone named the Sacred Rock mirrors the outline of Mount Yanantin.  However the lack of written explanations makes a full understanding of it challenging to provide.

Along the ridge of the mountain is a specific urban royal sacred area, fed by a network of open waterways and fountains, including homes for the nobility and temples, spread around an acre large central ‘pata’ (plaza), typical of major Inca cities.

There are three principal structures in this area, the sacred pillar or Intihuatana, the Temple of the Sun and the Temple of the Three Windows.  This area forms part of a wider urban area that includes a further popular district of the Amautas Incas. 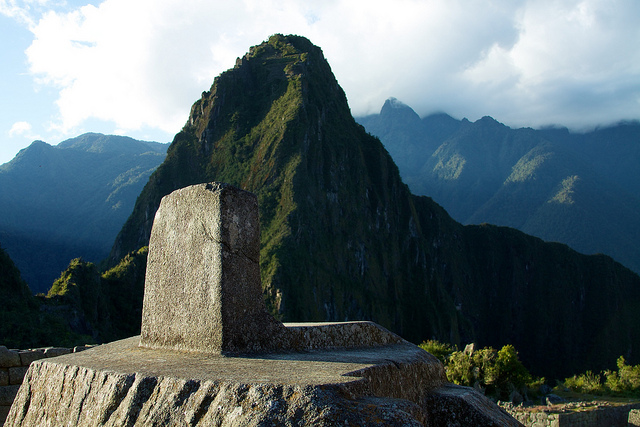 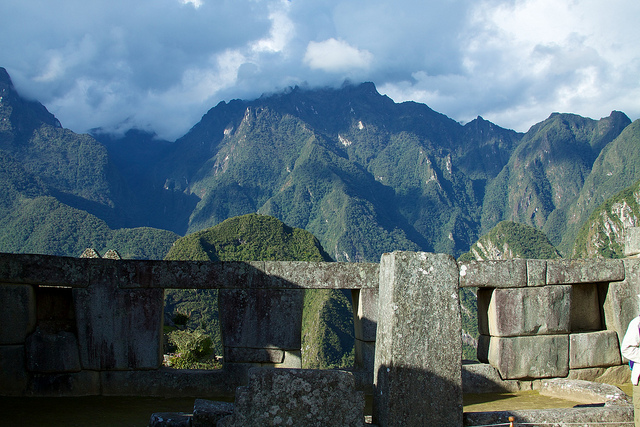 Temple of the Three Windows by  McKay Savage 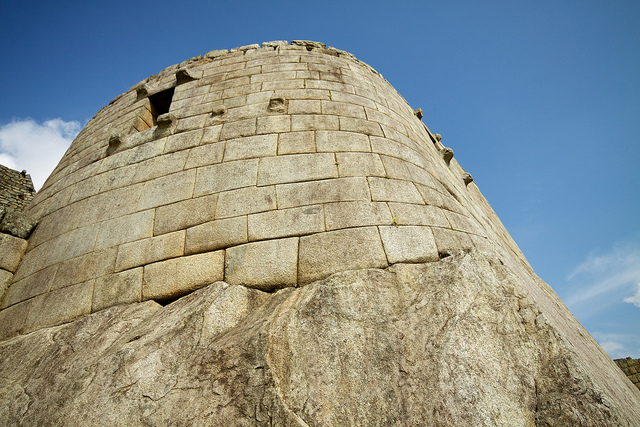 Beyond this is an agricultural area spread over a series of terraces on the slopes of Macchu Picchu with a guard-house.  Over these slopes are buildings that would been occupied by the farmers.


Author: Mary Bon
Mary is an RIBA accredited architect with international experience in the field as well as proven research and writing experience for both established clients and innovative start-ups in the construction industry worldwide.  She is now based in France and orientated towards bridging the gap between landscape and architecture whilst supporting the causes of local, national and international built and natural heritage.
www.marybon.com

The arch of #innovation is a cable-stayed #bridge that will connect Zarur, São João, and Cassiano Ricardo avenues in São Paulo, Brazil...