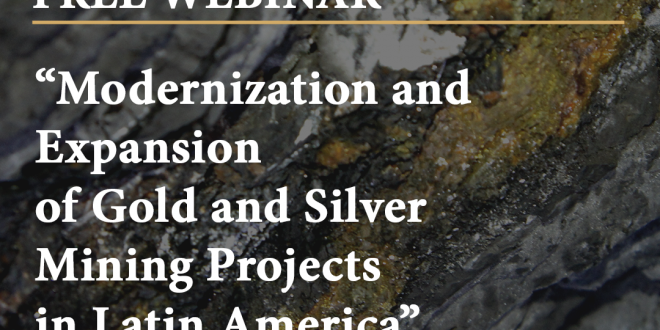 Mining is one of the main sectors boosting Latin American countries. Perú, Mexico and Brazil’s economic growth in recent years due to one of the highest percentages of foreign investments, showing stable growth over the past 20 years. Latin America is an emerging economy in a diversity of sectors, but its significance in the mining industry has long been established.

Peru contributes 4.4% of world gold production, the Government’s goal by 2021 is to finalize mining investments for 37,000 million dollars, by increasing Peru’s participation in the global investment budget for mining explorations from 6% to 8% by 2021.

Between North, Central and South America, mining production of this metal rose to 15,743 tons in 2018, a figure that represents almost 60% of world production. For yet another year, Mexico was the world’s largest silver producer, with 6,115 tons.

Constant challenges of the industry force an imminent and constant modernization.

Explore modernisation and expansion on the gold and silver mining sector in Latin America during the webinar!