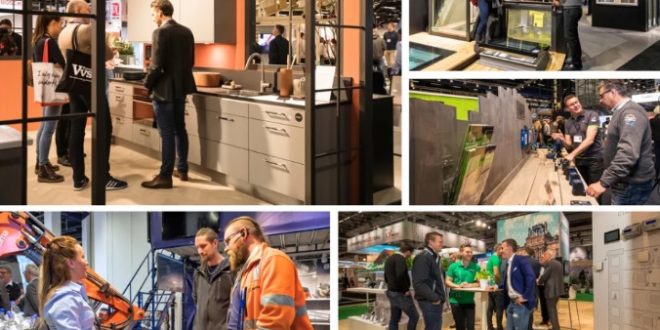 New dates have finally been set for Nordbygg, which is moved to the September 29 – October 2, 2020.

– We have received extremely good response and understanding regarding the decision to postpone Nordbygg. We look forward to implementing the fair and meet all industry colleagues this fall, says Peter Söderberg, Project Manager Nordbygg.

Following the Swedish government’s decision in early March to limit public gatherings, Stockholmsmässan announced that Nordbygg would change dates and take place at the end of September 2020 instead of April 21-24, as previously planned.

– The safety of our exhibitors and visitors is our top priority. We want to give the fair the best conditions to be implemented later than originally planned and we have finally found a solution with short notice, says Peter Söderberg, Project Manager, Nordbygg

Extensive planning
Over 800 exhibiting companies and around 50,000 visitors are affected by this change and will need to re-plan. In addition to this is all the logistics around housing, transport, food, drink and equipment for all these people.

– Many people are affected and we will do our utmost to lessen the effect as much as possible, says Peter Söderberg.

Right time
Söderberg says that they have gained a great deal of understanding and received positive feedback from exhibitors, visitors and other actors around Nordbygg, such as suppliers and speakers. The signals we have received are that the decision was right, and that September is the right choice.

– Before we put our foot down and decided on dates, wishes were that an implementation in September was preferable. Fall is an intense time for many, but after researching activities, we realized that it could work. There are a few other industry events in proximity, but we feel that this is the best solution for Nordbygg and our customers, concludes Peter Söderberg.