Unreserved auction hosted by Ritchie Bros. draws 750+ bidders from the UK and abroad
Rockingham, UK (February 20, 2018) – At a massive rental equipment auction held in Rockingham (UK) on February 8 & 9, Ritchie Bros. Auctioneers sold 1,000+ equipment items for A-Plant, UK’s leading rental company. Hundreds of onsite and online bidders from the UK and abroad attended the auction.
The Rockingham auction featured a variety of rental equipment items, including excavators, dumpers, compressors, lifts and more—all coming directly from A-Plant’s fleet and sold at the auction without minimum bids or reserve prices. Besides many bidders from the UK and Ireland, demand for the A-Plant items came from as far as the United Arab Emirates, Spain, Germany, Romania, Poland, Portugal, Finland, Greece, Slovenia and other countries.
“It’s been a great auction for us, with a good turn out and plenty of buyers from the UK and overseas,” said Wayne Edwards, Sales & Re-Marketing Manager at Ashtead Plant Hire Company Limited. “Ritchie Bros. brought international demand together in one place and helped us achieve solid prices for our units.”
Some of the highlights of the Rockingham auction include:

“More than anything else, equipment quality is what drives selling prices at an unreserved auction,” said Rupert Craven, Sales Director UK & Ireland, Ritchie Bros. “At the Rockingham auction, A-Plant’s construction and groundcare assets sold particularly well. For us it’s great to host a dedicated auction for A-Plant who has been a close customer of ours since we started in Donington Park in 2012.” 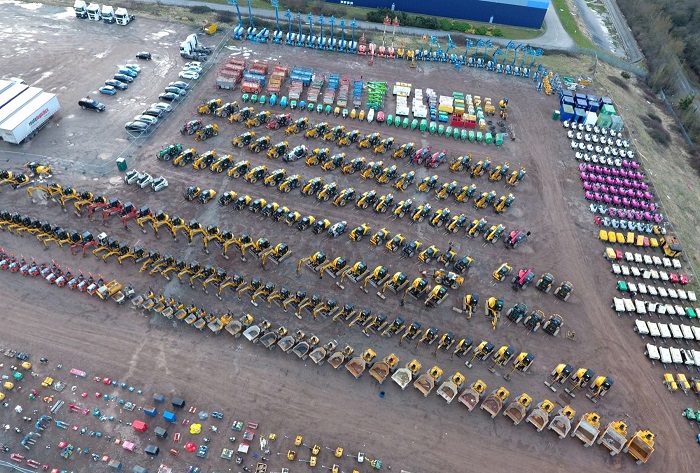