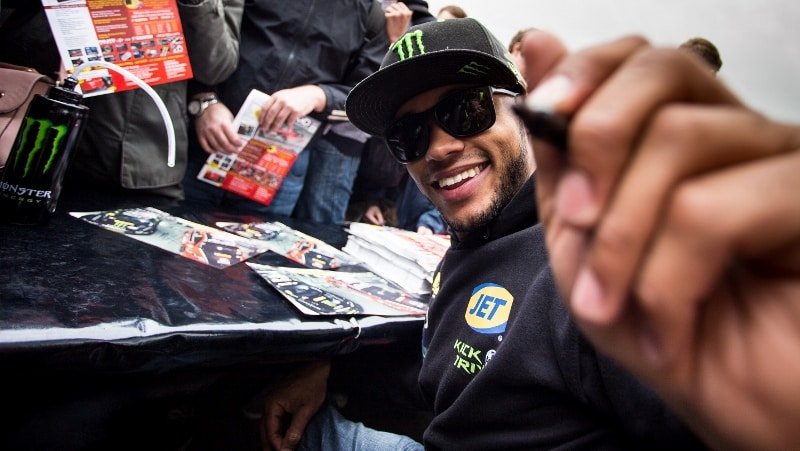 CPA (Construction Plant-hire Association) has announced that the 4th annual Stars of the Future Plant Mechanic Apprentice Awards will be held at Vertikal Days exhibition, Haydock Park on Wednesday 15th June 2016. Hosting the awards and talking about his experiences is none other than Nicolas Hamilton, a racing driver in the BTCC (British Touring Car Championship), and the brother of reigning Formula One world champion Lewis Hamilton.
Nic has Cerebral Palsy and up until the age of 16, relied on the use of a wheelchair. But with motorsports in his blood, he was absolutely determined to pursue a career in motor racing and he is a prime example of ‘you can do anything if you put your mind to it. – making him the perfect host for Stars of the Future.
After years of hard work and dedication in overcoming his condition from being wheelchair bound to walking unaided by the age of 17, Nic’s parents agreed to his request to be allowed to race. Nicolas cut his teeth in the UK Renault Clio Cup, before becoming the first disabled driver to compete in the British Touring Car Championship (BTCC) in the 2015/2016 season. Currently competing in an Audi S3 with AmD Tuning in the BTCC, the top national motorsport series in the UK, Nic has proved himself to be a fantastic driver in his own right.
Nic hopes to become a role model to other young people, whether living with a disability or not. He said: “Whilst I’m aiming to improve as a driver, I’m also hoping to inspire others to strive for their own personal goals, whatever their situation in life. Anyone can ‘Exceed Expectations’ in one way or another.”

The Stars of the Future competition is an annual award scheme, now in its 4th year, devised by the CPA to recognise talented youngsters on plant mechanic apprentice schemes in 11 colleges across the UK.
The awards recognise and reward outstanding apprentices who not only bring ability and commitment to their learning and their work, but who possess additional capabilities that mark them out not only being the foundations of the future of our industry, but also potential leaders. In 2015 there were almost 900 entries – this year the sky’s the limit!
There are separate prizes for Level 2 and Level 3 apprentices and colleges will monitor their construction students and identify their two ‘stars’ apprentices – in total there will be 22 regional winners across the country.  These winners will then be further assessed to identify the one national winner at each level.
“These youths are our industry’s future and should be recognised as such,” said CPA Safety & Training Manager, Haydn Steele. “With the support from CPA and other supporting companies we can give these apprentices a head start and the confidence to rise to new challenges and tackle the ever changing technologies involved in our industry.”
CPA Director Kevin Minton said, “This sector is worth over £4bn and has over 200,000 operators, so there are huge opportunities for young people. The apprentices that enter the Stars of the Future competition are at the start of their career, and they will play a crucial role in not just this industry, but UK plc as a whole. The young engineers have a vital role to play in shaping the UK economy.”