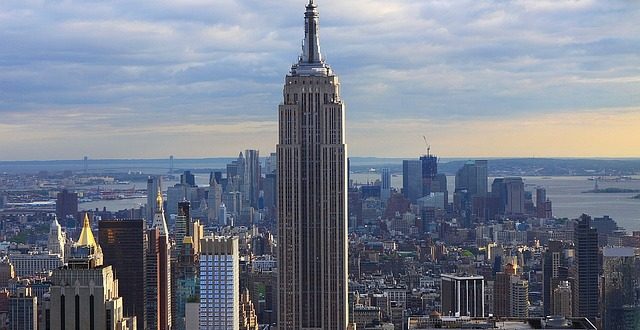 Retrofitting VS New Construction? How to Choose and What To Consider?

Diversity in people’s choices and innovation in the construction industry led to the development of unique spaces. The built environment is the most common feature of the human race since its inception. However, with the increased population and significant change in lifestyle the demand for new buildings is unprecedented. Africans and Asian regions are specifically battling against the informal settlements, squalid living conditions in these informal settlements cause plethora of issues that further exacerbate the faltering economies.

Constructing new spaces is not cheap whereas demand is soaring. Now the question arises what is the solution? How we can improve the living spaces and fulfill the demand for new construction? Surprisingly, there is no single answer to solve this conundrum of the modern era. Affordable housing is a tough ask in many European countries. The solution suggested by experts is the amalgamation of retrofitting, renovation, and new construction. Succinctly it is smart development.

The added dimension of achieving sustainability in our projects provided opportunities to take advantage of the existing building stock. Preservation Green Lab, part of the National Trust for Historic Preservation released a comprehensive report stating that it takes decades for a new building to payback. The report compares the environmental impact of retrofitting an existing building for high performance vs. tearing down the building and replacing it with a high-performance one.

You never know that you already own a greenest building or can turn it into a greener one with little effort. However, it is important to carefully make the decision about new vs old construction because it depends upon various factors including material used, climate, design of the existing buildings, and its structural stability. In short, every case is unique and needs careful evaluation based on life cycle impact assessment study. Retrofitting, improving the efficiency of existing buildings, is an efficient way of prolonging their life while reducing energy consumption and running costs.

According to the study, a new building that is 30% more efficient than the average building takes 10 to 80 years to overcome the negative climate change impacts resulting from construction. The concept of life cycle impact assessment is the core evaluation criteria in decision making. The study conducted by the Queens University Belfast research team concluded that the retrofit house studied outperformed the new build in the assembly and operational stage, whereas the new build performed better in the end-of-life stage; however, this is highly sensitive, depending on the standards to which both are completed. Operational energy savings pre- and post-retrofit were significant, indicating the future potential for the adoption of high-quality retrofitting practices.

Building smart is the way forward. It has demonstrated its worth over the years. Commercial building owners or real estate peppery developer especially the ones dealing with historic buildings renovation must consider all options before making any imprudent move. The word smart construction encompasses every possible solution available to reduce the demolition of the existing building but make them more usable and sustainable. Retrofits of iconic projects like New York’s Empire State Building and 311 South Wacker Drive in Chicago depict the potential opportunities available. Smart construction technologies not only ensure the sustainability of the buildings but also the comfort and wellbeing of the occupants. The US$20 million retrofits of Empire State Building was an ambitious project which included everything from cleaning and re-insulating 6000 windows and leakage in the facade. The overall energy reduction was nearly 40 percent.

Retrofitting is almost universally the less expensive option, but that is not always the case. If a building is too old or outdated, it may require a lot of expensive upgrades, repairs, and updates to bring it back up to code while also maximizing its energy efficiency. Additionally, you may need to factor in generally higher maintenance costs for areas that may not have been upgraded. When it comes to new construction, you can build everything right the first time and install the newest, most energy-efficient technology, equipment, and systems from the beginning. Although it may cost more upfront, it can help you save money in the long run by having lower maintenance costs and increased energy savings.

Updating building codes, tax, and other incentives can provide the impetus for the retrofitting of projects. Deciding between retrofitting and new construction is not always an easy decision to make. Whether you are planning on constructing a smart building from scratch, or just looking to maximize your investment in your current space, various factors play a role in the decision making for which professionals are there to help.

More of his articles here.

Muhammad Shoaib is Sustainability and Project Management Consultant. He is also a Collaborative Facilitator of ILFI in Pakistan and ex-UN-SDSN Pathway Fellow. He holds LEED AP, WELL Faculty, and Building performance Analyst Credentials. He can be contacted @ Linkedin or email: MuhammadShoaib@Circlespaces.org