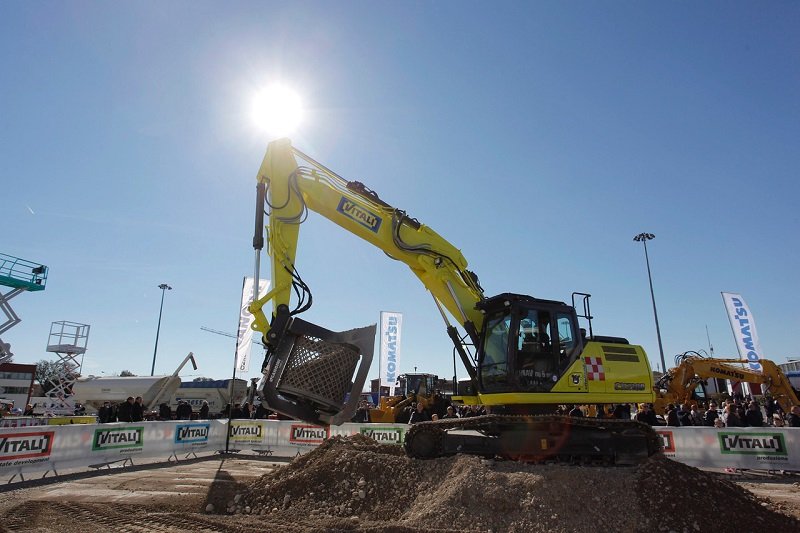 31st edition of the event scheduled at Veronafiere 21-25 March 2020
Liebherr and Wacker Neuson return after the last attending the trade fair in 2011. Confirmations from Bobcat, Doosan, Eurocomach, Hidromek, Hyundai, Komatsu, Sany, Takeuchi, Venieri and Yanmar
Important returns and confirmations among machinery builders, with larger show areas in the halls and outside areas. The earth moving and construction equipment sector renews its trust in SaMoTer, one of the landmarks in Europe in this field, well ahead of the appointment at Veronafiere with the 31st edition scheduled 21-25 March 2020.
The last show in 2017 attracted 455 exhibitors, of which 25% international from 25 countries, 65,000 square meters of exhibition space and more than 84,000 visitors from 86 countries. Today, at six months from the opening day, the response by companies has already grown by 39% compared to the reference period.
Among the many booking currently being processed, registrations by Swiss group Liebherr and German group Wacker Neuson especially stand out: it is a welcome return after attending the trade fair for the last time in 2011. Confirmations for SaMoTer 2020 have also been received from Bobcat, Doosan, Eurocomach, Hidromek, Hyundai, Komatsu, Sany, Takeuchi, Venieri and Yanmar.

“The Liebherr Group, in the wake of positive growth in sales in Italy over the last 5 years and also to emphasise its desire to consolidate and expand market penetration throughout Italy, has decided to attend SaMoTer again,” said Christophe Sanchez, CEO at Liebherr Emtec Italia SpA. “We were keen to place our trust in the updated format of the event and Veronafiere’s promotion campaign. We are confident that the 2020 edition will be successful and help us improve our visibility and thereby achieve the increasingly ambitious goals that the Liebherr Group has set itself for Italy.”

“After a few years of market instability and consequent restructuring of the sales network, Wacker Neuson has decided to attend Samoter,” said Georg Jung, sole director of Wacker Neuson Italia. “It will be an opportunity for us to present the Wacker Neuson Group’s innovations to sector operators, including the ranges of vehicles and solutions characterised as ever by cutting-edge technology, high performance and above all important savings; qualities that can be summarized in two words: efficient machines.”

This rewards the format of the exhibition held at Veronafiere, which increasingly focuses on technological innovation, internationalization, content and in-depth training for operators. Companies have consequently decided to invest, so much so that exhibition space sold so far is up by 66% compared to September 2016.
Positive signs that reflect the parallel improvement in the Italian construction machinery market. The latest data available from the SaMoTer-Prometeia Observatory, Italy closed the first seven months of the year with exports worth more than 1.5 billion euros (+2%) and imports amounting to 512.2 millions (+6.3%).
SaMoTer in 2020 will be the only event held in Europe for the supply chain and is therefore an opportunity for machinery manufacturers and buyers to capitalise on the effects of the recovery. The show at Veronafiere will also be even broader and complete. In addition to the consolidated scheduling of Asphaltica, the technologies and solutions event for paving and road infrastructures co-organised with SITEB – Italian Roads and Bitumen, the 31st Samoter will also see the debut of ICCX Southern Europe, the top event in the prefabricated concrete sector, in collaboration with ad-media GmbH.
Source: Samoter Press