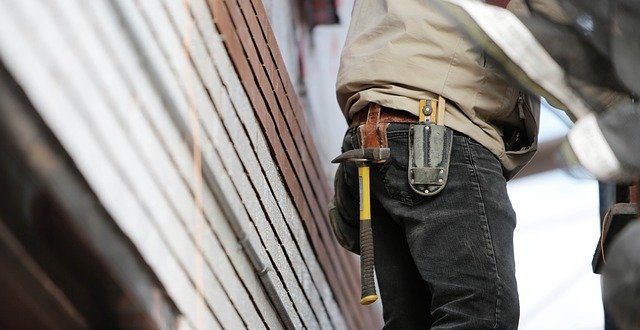 Take a S.T.A.N.D.: Addressing Suicide Prevention In The Construction Industry

MILWAUKEE – Every 11 minutes someone in the U.S. dies by suicide. Too many of those who do, work in the construction industry.  In 2016, the Centers for Disease Control (CDC) studied the correlation between suicide and occupation for the first time and found that workers in construction and extraction had the highest suicide rates of any occupation. The rate among construction is more than three times the national average, at 49.4 suicide deaths per 100,000 workers.

The topic first came to the attention of a task force within the Construction Financial Management Association (CFMA) in 2016. The group has since grown to become the Construction Industry Alliance for Suicide Prevention (CIASP), garnering support from contractors, unions, associations, and mental health organizations across the country.

“The risk factors for construction workers aren’t new,” said Michelle Walker, a CIASP board member who also serves as VP of finance and administration at SSC Underground in Phoenix. The demographics of the industry (96.6% men and more than 660,000 veterans) play a role. Men are twice as likely to die by suicide as women. Male veterans are 1.5 times more likely to die by suicide than Americans who never served in the military.

“A stoic, independent, tough-guy mentality, may keep workers from seeking help,” says Walker. “Others may not offer help because they don’t feel comfortable intervening.”

Other risk factors include chronic pain that can result from physically demanding jobs, along with alcohol and substance abuse. Shift work that can result in sleep disruption as well as time away from home, may also contribute. Stress from seasonal layoffs and COVID-19 may also play a role.

IMPLEMENT A SUICIDE PREVENTION PROGRAM IN YOUR WORKPLACE

CIASP is working to gain awareness for a topic that has long been stigmatized in society. “We want construction leadership to get informed on the issue and make it known that their workplace is a safe place to ask for help, or to ask for help for others,” says Walker.

Here are some resources to help you implement a suicide prevention program in the workplace:

First, review the Needs Analysis and integration checklist. The checklist takes you through a series of questions to help evaluate your company’s suicide prevention preparedness.

Next, reference the Integrating Suicide Prevention in Your Company guide to get started. It provides recommendations for implementing a program, based on what level your company is at with suicide prevention preparedness. Resources include education materials, awareness posters, Toolbox Talks discussion guide, and links to support programs. These resources will help send a strong message about your company’s commitment to mental health wellness and suicide prevention, provide your team with knowledge to recognize warning signs, cultivate internal champions, create support networks and clear up misconceptions.

BUILD A NETWORK OF SAFETY

“Our concept is based around building a network of safety,” said Randy Thompson, vice president, business development for LivingWorks. “If you are trained in suicide prevention, if family members are trained and the workplace has people trained, suicide is more likely to be prevented.”

Other LivingWorks programs such as SafeTalk, provide additional face-to-face training. SafeTalk is a four-hour face-to-face workshop. The ASIST workshop, is a two-day program that includes instruction on skilled intervention and developing a safety plan.

Some of the largest organizations in the industry are supporting CIASP’s efforts, including the Associated Builders and Contractors, the National Association of Home Builders  and The Associated General Contractors of America.

“At SSC we’ve made suicide part of the conversation,” explained Walker. “We talk it about it every crew and company meeting so that people get more comfortable with the topic.”

STAND UP FOR SUICIDE PREVENTION IN THE CONSTRUCTION INDUSTRY

CIASP encourages everyone to take the pledge to STAND up for Suicide Prevention:

While suicides generally don’t happen at work, it doesn’t mean the industry isn’t suffering a huge related financial cost as a result. According to Thompson, it’s estimated that companies suffer more than $1 million per worker lost to suicide. A third of workers compensation claims in men and nearly two-thirds in women had an existing mental health condition.

Suicides in working age adults across all industries are up 40 percent over the past two decades. But armed with new awareness and training tools, the construction industry has a tremendous opportunity to build a network that can save the lives of thousands of friends, family and co-workers.