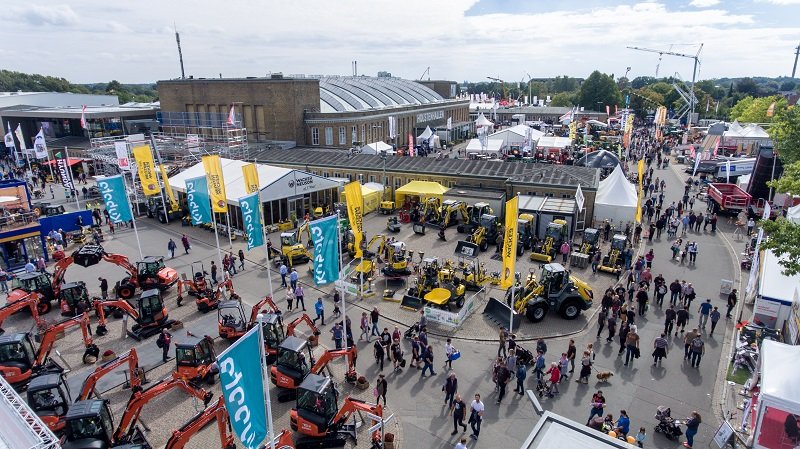 The NordBau 2019 – Shaping the future and connecting people!

(Neumünster) From the 11th to 15th of September 2019, the 64th edition of NordBau will take place in the heart of Schleswig-Holstein at the Holstenhallen Neumünster exhibition grounds! The largest compact exhibition for construction in Northern Europe is a meeting point and exchange platform for the construction industry and all construction managers from the entire Baltic Sea region.
“New goals – New ways” – Scandinavia’s future in Europe
The opening of the 64th edition of NordBau on Wednesday, September 11, 2019, will be dedicated to the largest construction project in Northern Europe: the Fehmarnbelt Crossing!
In the future, the trendsetting immersed tunnel will connect mainland Europe to the northern countries of Denmark, Sweden, Norway and Finland. With this ambitious project, the entire Baltic Sea region continues to gain economic strength and importance. Today, there are already numerous flows of goods, energy and traffic across the Baltic Sea to Northern/Eastern Europe and back. But culturally, too, this new, fast link will bring people from all over Europe closer together and lead to an even stronger sense of togetherness.
The importance of this unique construction project is also demonstrated by the numerous celebrities that will officially open the exhibition this year: Moderator Michael Grahl, may in addition to the Prime Minister from Schleswig-Holstein, Daniel Günther and the Lord Mayor of Neumünster, Dr. Olaf Tauras, also solemnly welcome all the ambassadors from the four northern countries: Mrs. Anne Sipiläinen, Her Excellency the Ambassador of Finland; Mr. Friis Arne Petersen, His Excellency the Ambassador of Denmark; Mr. Petter Ølberg, His Excellency the Ambassador of Norway; and Per Thöresson, His Excellency the Ambassador of Sweden!
The CEO of the HanseBelt Initiativkreis e.V., who is equally the Honorary Consul of the Republic of Finland, Mr. Bernd Jorkisch, will give his presentation on: “On to new horizons – we build a region of the future” wherein he will talk to all guests about the progress of the project, as well as its challenges: “The realization of the Fehmarnbelt Crossing will enable a new European future axis between the cities of Hamburg and Copenhagen-Malmö, which will guarantee the North diverse opportunities for positive economic and social development.”
Figures, dates and facts
Last year, NordBau once again impressively demonstrated its position as the most important construction fair in Northern Germany and the entire Baltic Sea region, on an area of more than 69,000 square meters of open space and over 20,000 square meters of hall space. More than 800 exhibitors from 14 countries inform approximately 64,000 visitors each year about new trends in the construction industry. More than 4,000 conference participants attend the 50 symposia! Since 1956, exhibitors have, via the NordBau, been able to reach numerous trade visitors who attend this exhibition for professional reasons, as well as end customers (public and private builders). Thus, NordBau has a high degree of acceptance and attraction for all those interested in construction, as well as those working in the construction industry. In addition, for over 40 years now, NordBau has been cooperating with its partner country Denmark, who sees the trade fair as the basis for the German and European market! More information on: www.nordbau.de
The 64th Edition of NordBau will take place from 11th to 15th of September 2019.

Previous With its focus on “digital construction site Part 2”, the 64th edition of NordBau accompanies all those responsible for construction on the way to the networked construction site, and the 8th “nordjob-Bau-Infotag” puts the fascination of building occupations back in the spotlight of visitors.
Next The Latin American Outlook: Robust Expansion on the Horizon?