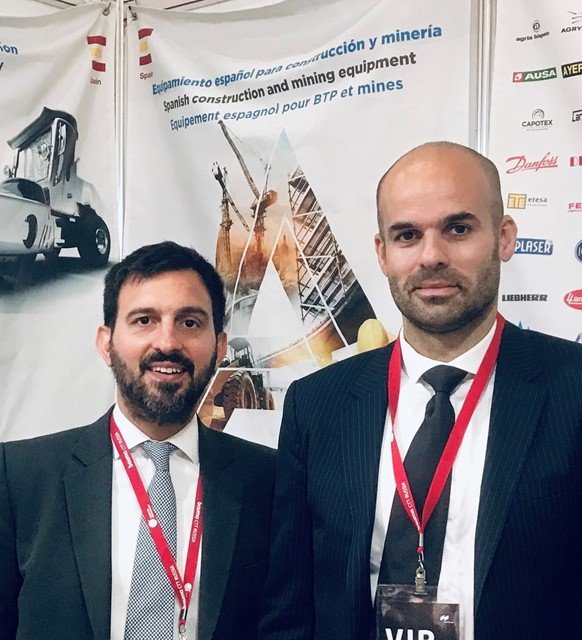 Today in Moscow bauma CTT RUSSIA opened its doors with 603 exhibiting companies from 19 countries and 22,000 participants from 60 countries expected to attend the fair, which will showcase more than 20 new products. As Exhibition Partner, CECE attended the opening day, speaking at the inauguration conference of the bauma CTT FORUM, titled ‘The future of the construction equipment market in Russia: focus on innovations’.
The fair takes place in a positive market context
The Russian market continues the growth trend seen in the previous year. Sales of new construction equipment for Q1 2019 in Russia increased by 13%. Thanks to a stable financial situation of the country, sales are growing and the perspectives for the future are optimistic. This positive outlook sets the scene for the 20th edition of Russia’s most important trade fair for construction machinery and technology, bauma CTT RUSSIA, an exhibition partner of CECE. The European trade association of construction equipment manufacturers, represented at the fair by its Secretary General Riccardo Viaggi, recognises the importance of the Russian market on the global arena. “We are pleased to see the market growing and are excited to be part of this important show” said Viaggi.
EU Delegation to Russia also present
On this occasion and at the invitation of CECE, Tomas KUCHTIK, Trade Affairs Counsellor at the EU Delegation to Russia, visited the fairgrounds, meeting with CECE members. This was the perfect occasion for CECE to raise some concerns and ask for EU’s assistance regarding the fiscal, technical and regulatory setup for construction machinery exports in Russia. Delivering the opening remarks at the conference organised CECE’s Russian member AEB, Mr Kuchtik highlighted the quality, competitiveness and innovation provided by European manufacturing to the benefit of Russian construction industry. He reiterated the willingness of the EU Delegation to be involved in any action by industry towards a renewed regulatory approximation dialogue towards lowering technical barriers to trade.
Moreover, CECE Secretary General Riccardo Viaggi took the floor to present an overview of tendencies of the construction equipment market in Europe and the impact of ever-changing trend of digitalisation on business models. Viaggi also shared CECE’s views about the upcoming institutional changes in Brussels with a new Parliament and Commission, by calling on the EU to develop and implement an ambitious Industrial Strategy. “CECE firmly believes that the challenges for the EU industry over the next five years will be crucial and can only be tackled with a joint effort between industry and EU institutions”, continued Viaggi, ”the institutional changeover is a crucial moment for the European industry to raise the ambition for a new EU industrial agenda.”
Source: bauma CTT RUSSIA