BAU, the World´s Leading Trade Fair for Architecture, Materials and Systems, has broken through the 250,000-visitor barrier for the first time in its 50-year history. The six days of this fair—in which all the exhibition space has long been fully booked—attracted 251,200 visitors: that´s over 16,000 more than in 2013. The number of visitors from Germany rose of course, but most of the increase in overall numbers is due to visitors from outside Germany. Around 72,000 people came from abroad—that´s 20 percent more than last time. In its role as an “architects´ trade event”, BAU once again consolidated its reputation. Around 65,000 of the total number of visitors were from architectural and planning offices, which is another increase on the figures for 2013. 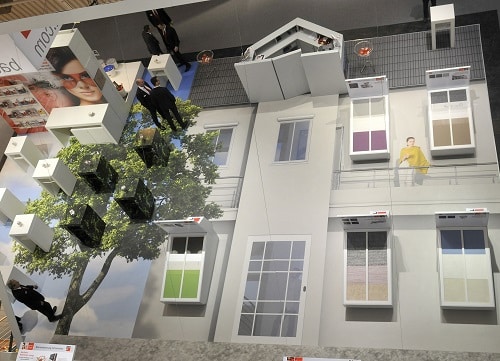