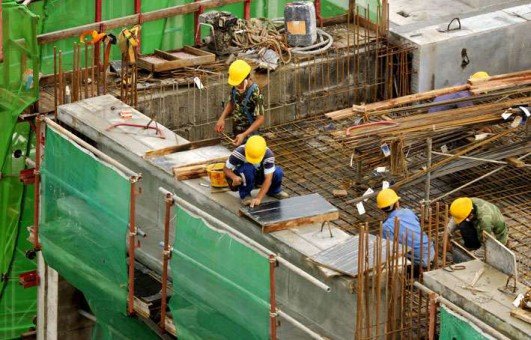 Great expectations for constructions in 2012

2011 brought small increases to constructions, but that gives hope for a 2012 full of achievements. In September 2011 the players of the construction sector said that Romania’s economy is growing mainly because of this business area. Compared to 2010, when the crisis reduced the potential of the construction market, 2011 shows an increase of more than 2.5%.

Praise is not entirely unfounded, given that in 2011 Romania ranked top four in the construction sector growth, according to EU statistics. Moreover, this year has continued the “first house” programme, with 51.700 active guarantees, summing up to 2 billion Euros. Environmental trends have not been neglected either, so the “Green House” programme quantified 144 billion RON from the state budget.

Energy efficiency in buildings has been granted an increased importance, given that 150 million RON were spent for this purpose. Since infrastructure was a deficient area, Romanian efforts to align with to Western standards were quite visible. As the efforts to modernize infrastructure began several years ago, to date roughly there are 300 kilometres of highway adding up.

Another international exhibition attended by Romanian companies is MEGABUILD Istanbul, where the participation was completed in agreements summing up 3 billion Euros. Economic missions were also not ignored by Romanian builders, which lead to Romanian companies reaching out in 2011 to the U.S., Russia, Argentina – Brazil and Colombia – Peru – Chile.

2012 is foreseen as to be a good one, especially for construction workers. According to recent studies, Romanian companies are willing to employ during 2012. The north western area of the county provides most employment prospects, the south keeps a reserved prospective, while a worsening situation is anticipated for the north east of the country.
Pessimists in the industry seem to have concerns for worry, since the amount budgeted for next year is a rather modest one. The coming year brings to the treasury of Regional Development and Tourism Ministry, a 3.4 billion RON from the state budget, with additional 140 million of own resources and some external subsidies. This budget is approximately 11% lower than the one of 2011.

However, the projects for 2012 are ambitious. First, it is intended to start the program for water supplies, sewage and waste waters treatment, meaning an investment of 450 million RON. Thermal rehabilitation of buildings will continue through next year with an allocation of 70 million RON, less than 2011.

Construction of housing for young families is another objective to be continued over the coming year. The National Housing Agency will spend another 110 million RON from the state budget. Romanian State proposes rehabilitation of block houses in disadvantaged areas, for a 2 million RON budget.

During 2012 a number of premiering programs will be implemented, such as “social housing for Roma communities” summing up to 4.8 million RON and “Rebirth of the Romanian village – 10 houses for specialists”, in the amount of 1 million RON.

Expanding to foreign markets remains a wish to be fulfilled for Romanian companies over the coming next year. Until now participation at two international fairs is confirmed: SEBBE (Belgrade) and CONSTRUMA (Budapest). Also, other economic missions will follow during the next year: in Iraq, Netherlands, Russia and Albania.

3 highways will be finished over next year

Romania’s infrastructure remains a hot spot on the agenda of 2012. Roads worth 150 million RON will be paved and rehabilitated, of which 1400 km of local roads. Motorways are the most grandiose projects for next year. Ministry of Transports has allotted 1.4 billion Euros that should be enough for construction of 233 km of roads.

The list of investment objectives dated 2009, stated that the highway Cernavoda – Constanta, Bucharest – Ploiesti, Timisoara – Arad and Constanta will be ready in 2012, as well as the belt of Arad. Of course, these highways should be completed this year, but unfortunately several delays and contractual terminations made the roads not to be practicable so far.

There are sections of highway that are not seen on the “to do” list, but they are often mentioned. Section Barcau-Bors, part of Transylvania highway, will most likely be inaugurated next fall. In the chapter of rehabilitations, DN 79 Arad-Oradea and DN 12 Bixad-Sandominic are certain, as projects to be finished. However infrastructure is not a sector of clear forecast for the finishing deadlines, and as such it can not clearly foreseen when work will be completed, thus 2012 brings only promises for the construction sector.