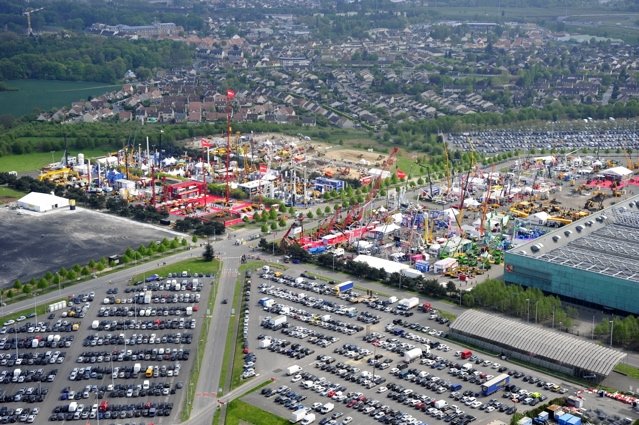 Positive growth forecasts and an occupancy rate of 92% five months before the show are promising signs for INTERMAT 2012.
Worldwide growth in the construction machinery and equipment sector
The forecasts for 2011, more favourable than for 2010, show that the sector is recovering its dynamism,with growth anticipated to reach some 11%* this year. Emerging regions such as China, India and Latin America record sustained growth, stimulating the dynamics. These markets posted more than 10% growth, which very few European markets were able to boast for 2010. It now remains to be seen whether Europe will benefit from this good performance.
Growth in Europe
In the wake of the major crisis of 2009, the European construction equipment industry grew by some 18% in 2010. Nonetheless, the picture differs from one country to the next:
Germany is in excellent shape with 19% growth, and the United Kingdom recorded +57% development for 2010! Conversely, Spain sustained losses of 19% in turnover and Italy saw its construction sales stagnate throughout the year.
A prelude to INTERMAT 2012: Pre-INTERMAT, 12 and 13 January 2012
For two whole days, Pre-INTERMAT provides more than 150 exhibitors the opportunity to give a sneak preview of their news and innovations to more than 200 journalists from the world press. An exceptional conference, taking place during the two days of meetings on 12 January, will assemble the three leading global construction groups in the Top 10, the FNTP Chairman & CEO, eminent European personalities and a world-renowned architect–town planner who will talk about the sector’s future competitiveness in terms of innovation, training and sustainability. Innovation will be also be given pride of place with the Innovation Awards. For the very first time, a European jury will be formed of users and construction and rental company representatives.

INTERMAT 2012 will be the key event of the year for all players in the construction industry, with:
· 375,000 sqm exhibition area, including a 20,000 sqm outdoor demonstration area
· 1,500 exhibitors expected, 67% of whom are international**
· 4 national pavilions: China, Korea, United Kingdom (including Northern Ireland) and USA
· More than 200,000 visitors expected, including 40% international visitors
“Eight months before INTERMAT 2012, we have excellent participation rates. Industrialists are showing confidence in their sector, which is a good omen for a business-inducing show. Moreover, the market is up to scratch and booming, with a stable number of jobs, especially in France, where 15,000 people work in the construction materials industry and 1,500 jobs are created every year,” says Maryvonne Lanoë, Exhibition Manager.
* Committee for European Construction Equipment, 2011 statistics
** 2009 figures