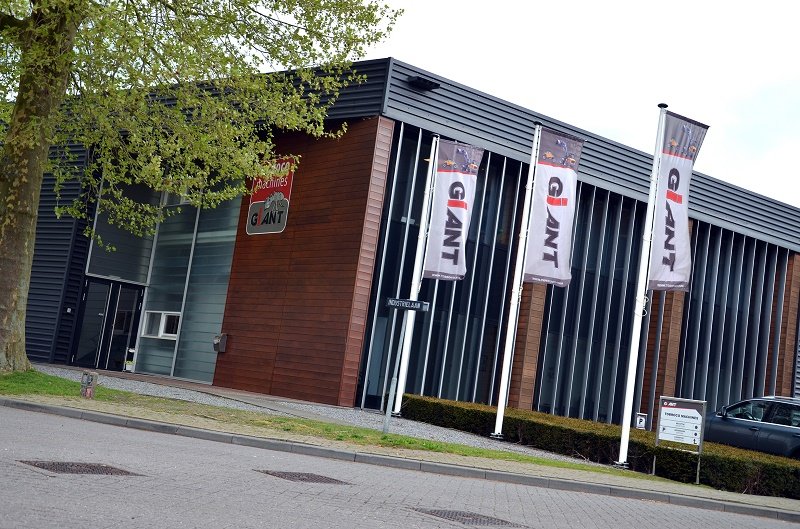 Her Majesty Queen Maxima will attend a work visit to TOBROCO Machines in Oisterwijk on Thursday, June 8th. TOBROCO is the winner of the King Willem I Prize 2016 in the category of small and medium-sized enterprises. This award rewards daring, activeness, sustainability and perseverance and stimulates creative and innovative entrepreneurship. Queen Maxima is Honorary Chairman of the King Willem I Foundation and awarded the prize on May 26, 2016.
TOBROCO Machines was founded in 1996 and is a manufacturer of machines for use in agriculture, road construction and maintenance work. The machines are tailor-made. Nowadays, the company offers 36 different models in 40 countries. All machines are designed and built in Oisterwijk.
During her visit, Queen Maxima gets a tour of the company, explaining the innovations in the development of new machines and in the manufacturing process, such as a fully automated warehouse. TOBROCO Machines also developed machines which can run on both a diesel engine and LPG and gasoline propulsion. In 2016, a Research & Development center was opened to build and test prototypes.
The King Willem I Foundation was established in 1958 on the initiative of the Dutch Bank by a number of business-related organisations. The aim of the foundation is to give the national economy new impetus, thus increasing the appearance of Dutch business. The foundation is supported by the Ministry of Economic Affairs and the Ministry of Infrastructure and Environment.