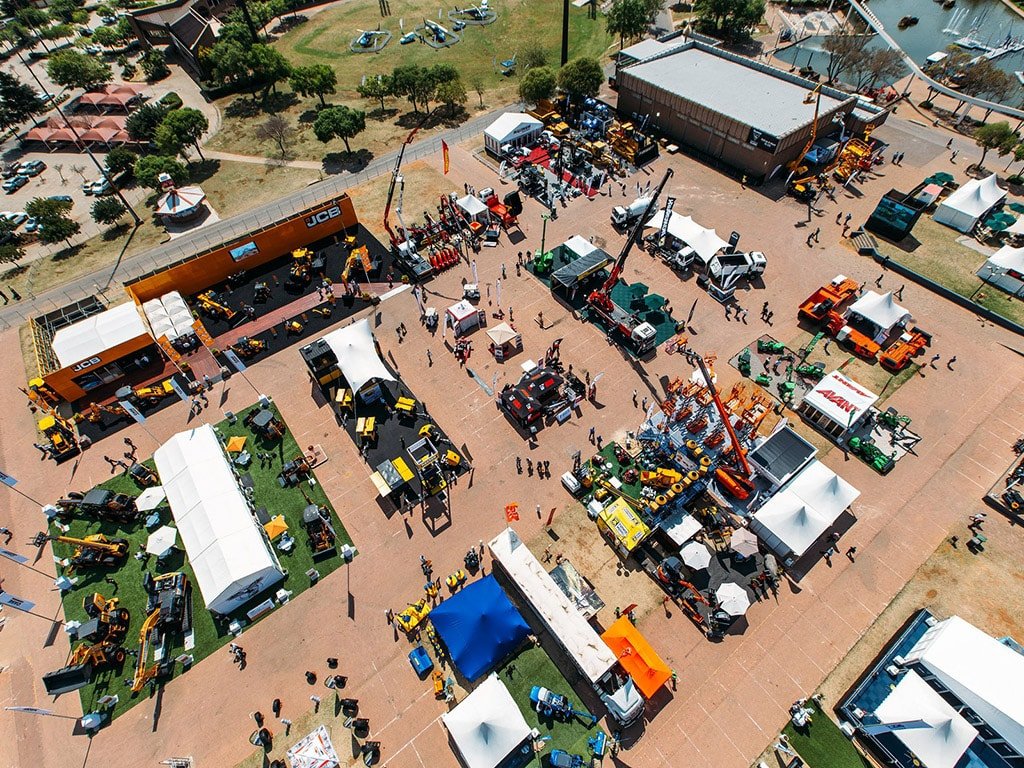 A part of the outdoor area of BAUMA CONEXPO AFRICA

Application documents online
African economy anticipating positive recovery
Organizers expecting over 600 exhibitors
The preparations for the upcoming BAUMA CONEXPO AFRICA, being held from March 13–16, 2018 at the Johannesburg Expo Centre (JEC), have begun: Interested companies can download the application documents from www.bcafrica.com/trade-fair/exhibitors/booking-stands/application-documents/index.html. The priority deadline for the third International Trade Fair for Construction Machinery, Building Material Machines, Mining Machines and Construction Vehicles is September 25, 2017.
Positive recovery for the African economy
According to the African Development Bank (AfDB), the African economy has turned the corner: as of next year, a positive economic recovery is anticipated on the back of infrastructure investments. For BAUMA CONEXPO AFRICA and its exhibitors, this recovery comes at exactly the right time. The President of the AfDB, Akinwumi Adesina, announced in an interview in September 2016 that the African economy is set to grow by 3.5 percent in 2016; for the year after expectations were for 3.7 percent, and 4.2 percent for 2018. He said that there were 19 African countries whose growth was between three and five percent, and 21 countries whose economy would grow by more than five percent (source: www.africanbusinesscentral.com).
Previous event attracted high demand from the sub Saharan region
The previous BAUMA CONEXPO AFRICA in September 2015 was attended by a total of 616 exhibitors from 42 countries and approximately 14,300 visitors from 75 countries. A total of 13 percent of visitors came from outside South Africa with a significant percentage increase from the sub Saharan region.
The organizers are expecting over 600 exhibitors and 15,000 visitors for the forthcoming event. More than 68,000 square meters of exhibition space is available to companies at BAUMA CONEXPO AFRICA 2018.

Previous Run-up to the 30th SaMoTer at Veronafiere 22-25 February 2017 – Earth Moving Machinery: The "Compact" Sector in Italy is Gowing. Sales of Machinery-Excavators between January and July up by +24%
Next AEM Hall of Fame Announces 2016 Inductees