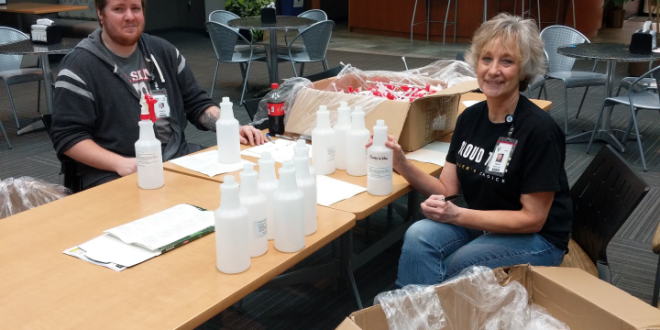 Equipped to do More: VERMEER Focuses on Making a Positive Impact During COVID-19 CRISIS

MILWAUKEE, Wis (APRIL 17, 2020) – When adversity strikes, it’s easy to see what you can’t control. It’s far more difficult to recognize what you can control. The toughest task of all, however, is figuring out how to respond accordingly.

For Jason Andringa and his colleagues at Vermeer Corporation, a concerted effort to remain focused on what can be controlled has been critical to the Pella, Iowa-based equipment manufacturer and AEM member company’s ability to weather the now weeks-long COVID-19 pandemic and its impact on the organization’s operations. And while the circumstances have been challenging, Vermeer’s even-keeled, measured response to the crisis has served the company well during these uncertain and unusual times.

“We know this isn’t something that just Vermeer is dealing with, or manufacturers of equipment are dealing with,” said Andringa, the company’s president and CEO. “The whole world is facing this, and it’s our job to stay focused on where we can make an impact, along with abiding by the guidelines that are out there.”

Vermeer’s impact has been significant. The company’s team members – at work and at home – are working together with RP America to make face shields for healthcare workers fighting COVID-19 on the front lines at Pella Regional Health Center in Iowa. Employing cutting-edge 3D printing technology, Vermeer successfully worked with hospital officials to determine the best design of a visor piece for use on the face shield. The company then worked alongside local 3D printer owners in an effort to spur even more production of personal protective equipment (PPE).
“We’re able to help, and we’re happy to do it,” said Andringa. 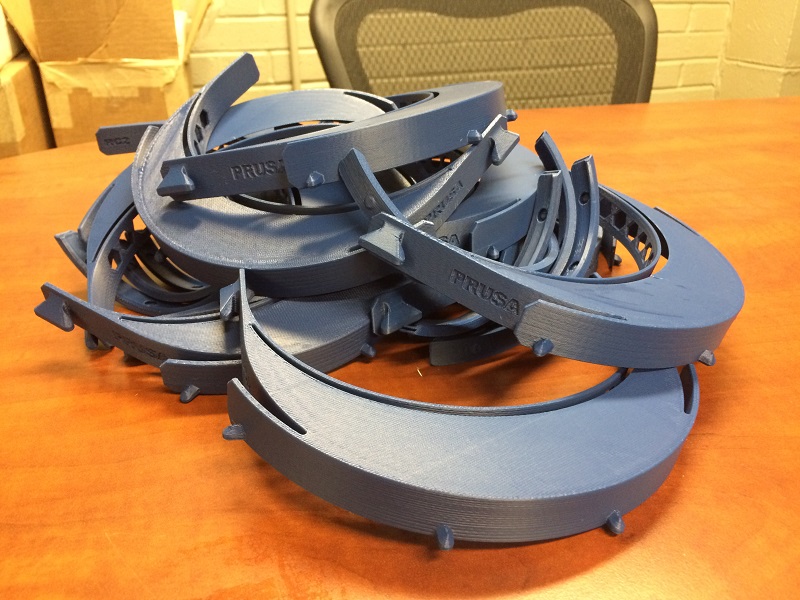 The seriousness of the COVID-19 pandemic became apparent to Vermeer officials when the company’s operation in Tianjin, China was forced to shut down earlier this year as part of a lockdown in the region. In order to reopen, Vermeer officials were required to implement several measures, from distribution of facemasks and PPE to coordination of employee temperature readings. Thanks to their prompt and successful response, Vermeer was one of the first companies in Tianjin to open up once government officials lifted the lockdown.

“Now America’s dealing with COVID-19,” said Andringa. “And the supply chain we cultivated in China, we’re leveraging it for the rest of the Vermeer enterprise. Not only have we been able to procure PPE for our own use, but we’re able to continue to leverage the supply chain in order to provide PPE to the state of Iowa and our local community.”

Making a positive difference in the face of a public health crisis has also provided a much-needed boost to organizational morale. Though some amount of fear and uncertainty is still being felt by Vermeer team members, company leaders are working diligently to address concerns by engaging in clear and frequent communication with employees.

Vermeer’s communication efforts have been made much easier thanks to increased adoption of a recently launched company app. Prior to the COVID-19 outbreak, the app was being used by 600 Vermeer employees. Now, just a few weeks later, 2,700 company team members have signed up and are active users. Initially made available just a month and a half ago, the app now serves as the primary means of circulating important information among company employees.

“It’s really helped that we have communicated as much as we have with our team,” said Andringa. “And feels like we’re over that first wave of really imminent concern about COVID-19. Not all that long ago, there were certainly people who really felt as though it was going to sweep through the state of Iowa and Vermeer, and that there was no avoiding it.”

The Vermeer president and CEO cited vigilant efforts related to social distancing, hand-washing, and sanitization as key measures taken to combat the COVID-19 pandemic and prevent infection among the company’s workforce. So far, the steps taken have been extremely successful. Vermeer has seen only one confirmed case among its 3,500 team members, and – perhaps most importantly – company employees feel as safe, sound and secure as possible in the current situation when on the job.

“The one team member has not been on Vermeer’s (Pella) campus, or in contact with any other Vermeer team member,” said Andringa. “And because (the virus) hasn’t been in any of our production facilities, I think it people are responding well and settling into pretty much a normal scenario.”

According to Andringa, trying to lead Vermeer through the initial days and weeks of the COVID-19 pandemic has been like being “a passenger on a bus.” There’s not a lot about the company’s present situation he can control, and determining exactly where everything is headed in the near term is really anybody’s guess.

What he can control, however, is how he’ll respond to the ever-evolving circumstances Vermeer will face in the coming months. And despite all of the challenges he and his company have weathered so far, Andringa said he sees reasons for optimism regarding the future of both Vermeer and the equipment manufacturing industry as a whole.

“When we get past this crisis, there will be a lot of potential for recovery for the type of work being done by members of the Association of Equipment Manufacturers,” he said. “There’s going to be a lot of stimulus out there, and I think the need for infrastructure is going to be very strong. So, for those people who were doing something other than being involved in the manufacturing of equipment, support of equipment or end use of equipment, I’m confident the opportunity will exist to secure good-paying jobs in manufacturing or the markets we serve that many folks wouldn’t have considered before this crisis began.”

To learn more about AEM’s efforts to support the equipment manufacturing industry, visit the COVID-19 section on the AEM website. If you have questions or need to get a hold of AEM staff, please e-mail our Response Team at responseteam@aem.org.

Previous Pandemics, Fast Construction, and role of Healthy Spaces
Next How is Nature Influencing the Way We Design