Another Customer Switches its Fleet to Hyundai! Build Quality and After Sales Service from Molson Seals the Deal…. 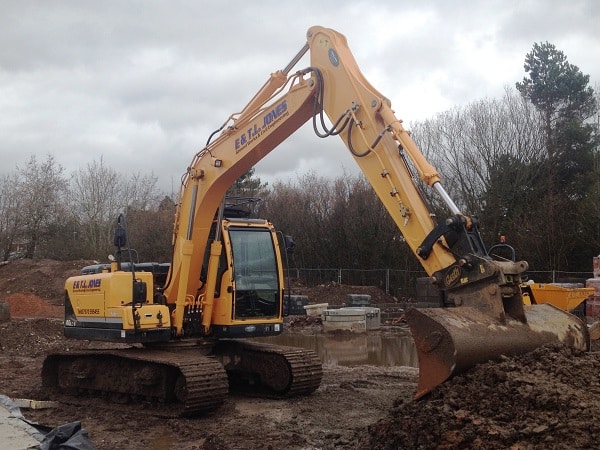 Hyundai’s largest UK dealer, Molson Group, based in Avonmouth brokered the deal, and worked closely with E&TL Jones boss Eirian Jones to make sure his requirements were met. Molson area sales manager Luke Mercer said: “We were able to prove that Hyundai excavators, coupled with Molson’s service were more than a match for the machines that E&TL Jones had been using.”
Molson supplied a single R140LC-9 machine under a three-year warranty and 3,000 hour service contract after demonstrating a similar excavator to Eirian and his team last year. They praised Hyundai for its build quality, lifting capacity, digging power and cabin comfort. Such was Eirian’s satisfaction with the quality of both the Hyundai machine and Molson’s after sales service performance that in January of this year he decided to switch the remainder of his fleet of tracked excavators to Hyundai.
Source: Hyundai Heavy Industries Europe nv (HHIE)

Previous Constructions and interior and exterior decoration brought 17.000 visitors to ROMEXPO
Next Hot topic – New living space under the roof