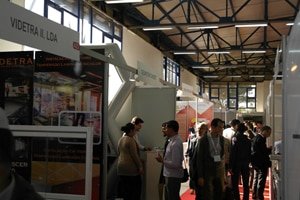 Algeria isn’t a country you hear a lot about but for quite a while now it’s quietly been getting on with becoming one of the fastest growing economies in the Mediterranean region. There’s a strong energy industry and growing diversity in other areas; add that to a rising population and the potential for construction is obvious. In fact the local construction sector is projected to rise by about 5% annually over the next decade. Algeria is the key market for anyone looking to build in North Africa and your best entry point to working there is Best5 Algeria, the country’s leading industry event. This year’s will be running in Algiers from 18-21 November, so make space in your diary.
Best5 Algeria brings together local and international businesses to introduce a wide range of industry products. More than 100 exhibitors are expected this year, from Europe, the USA, Asia and the Middle East, and wares on display will include everything from tools and plant through structural materials to fittings and finishings. Expect a strong focus on climate control systems and renewable energy, plus systems for the hospitality industry – a growing part of the Algerian economy. Whether you’re interested in expanding into Algeria, or you’re looking for contractors to work on your new project, this is an invaluable opportunity to see what’s being used locally.
Obviously it’s also the perfect opportunity to start networking; attendees include manufacturers, contractors, potential clients and government officials, so there’s a lot of potential for meeting someone who can help you land, or award, the right contract. You can also talk to people who’ve been working in Algeria for a while and understand the local business culture. The country is modernising rapidly after a long period of state domination, and it can be complicated negotiating the changing bureaucracy. Best5 can help give you a useful insight into the challenges and solutions involved.
The venue for Build5 Algeria is the Safex Expo Center in Algiers. With 50,000 square metres of indoor exhibition space and a large outdoor area this is ideally suited for the event and has plenty of meeting rooms for further networking or discussions. Safex is only 3km from Algiers international airport and 10km from the city centre, and there’s no shortage of hotels and local amenities nearby. An online invitation for visitors can be found at the event website.