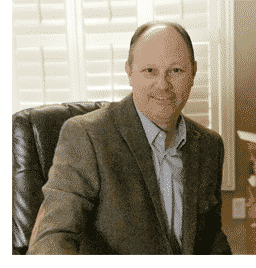 Leading the sales and marketing team in the Americas, Robert Franklin takes up his new interim role having worked in the construction industry for 25 years.
Robert Franklin has been appointed as interim Director of Sales and Marketing, Americas, at Terex Trucks. In his new position, Robert will be responsible for managing the company’s sales and marketing team. With more than 25 years’ experience in the construction industry, Robert’s role will be to execute Terex Trucks’ marketing strategy to grow the business and implement disciplines to drive interaction between dealers and customers.
Born in Santa Maria, California, Robert previously held the position of Regional Sales Manager and was responsible for the service distribution for Terex Trucks in eight US western states and the Canadian provinces of Alberta, British Columbia, and Saskatchewan. Prior to this, he worked as an equipment salesman for both Nikkel Equipment Co. and Pioneer Equipment. He joined Terex Corporation in 2002, working firstly as a compact equipment salesman and he later moved into the heavy industry division in 2006.
Paul Douglas, Director and General Manager of Terex Trucks, said: “Over the years Robert has shown strong leadership skills and it’s a pleasure to have him take charge of the sales and marketing team in the Americas.
“He has a wealth of knowledge about the industry and strives to establish lasting partnerships with both customers and dealers which makes him a great fit for the position.”
In his new role, Robert will be based in California and report to Paul Douglas,
Robert Franklin studied Computer Science and Business at Allan Hancock College in Santa Maria.