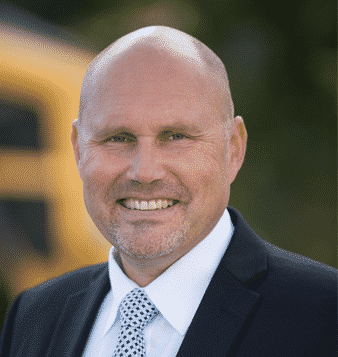 Effective June 1st Tomas Kuta is appointed Senior Vice President, Sales at Volvo Construction Equipment (Volvo CE). Tomas has worked for the company since 1997 and has held a variety of senior management roles within Volvo CE and outside the company.

In his new role Tomas will be responsible for leading the development and delivery of Volvo CE’s global sales strategy. Tomas will serve as part of the executive management team and report to company President Martin Weissburg.
Since joining Volvo in 1997, Tomas has held a number of senior management positions including Vice President Global Marketing for the company’s Articulated Hauler business and Vice President in Region International. He has also been heavily involved with market and dealer development globally. He was head of Russian and Ukrainian dealerships during 2005-2008 and was responsible for the sub-region RUB (Russia, Ukraine, Belarus) during the same period. He was also formerly President of the Global Customer Support function from 2008-2011. Most recently Tomas was Sales President for the company’s EMEA (Europe, Middle East and Africa) region where he successfully increased dealer engagement and customer satisfaction as well as overseeing the merger of the two sales regions (Europe and International) and driving strong general purpose machine market share growth in most markets.
Prior to joining Volvo, Tomas was Managing Director of the Apple Computer Market Company in the Czech and Slovak Republics, headed Colliers International in their expansion to Eastern Europe and spent a number of years with Snowbird and Aspen Corporations in the area of Marketing & Sales in the United States and in Chile, South America.
Tomas has an education in Business Administration from the University of Michigan. He has also studied Mechanical Engineering at the Technical University of the Czech Republic.
Commenting on his appointment, Tomas says: “At this exciting time for Volvo Construction Equipment I am very energized about this opportunity and look forward to working closely with our dealers to drive forward the company’s product and service offering to our valued customers.”