“…Valparaiso presents an excellent example of late C19 urban and architectural development in Latin America. In its natural amphitheatre-like setting, the city is characterised by a vernacular urban fabric adapted to the hillsides that are dotted with a great variety of church spires. It contrasts with the geometrical layout utilised in the plain…”

It further describes how its originality is shown through its urban form, port architecture, naval heritage and funicular cable cars.  It describes how its universal value of an original city form derives from the fact that its inhabitants, with their diverse origins, beliefs and characters, have built a city in a difficult site and transformed this difficulty into a virtue.  It suggests that its founders did this by discovering all the opportunities offered by the natural conditions of the site and with the advances of the golden age (from the 1850s to 1930s) by testing various elements to create an environment in which man, nature and built form enhance each other.  The urban environment created at that time encouraged social interaction and the appreciation of landscape which continues to develop and to be enjoyed today. 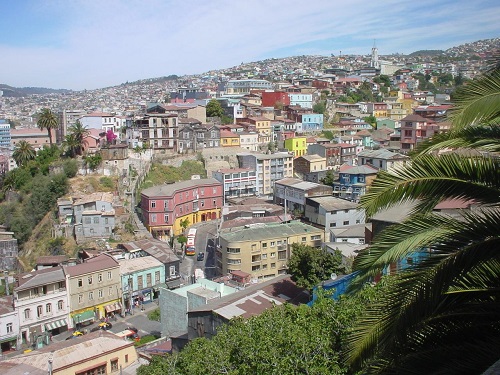 Photo – courtesy of Alfonso Noguera Valdes– Professor of Architecture,
Universidad Diego Portales, Santiago, Chile
The most reliable evidence of the construction history of the port of Valparaiso dates from 1810, when the city was divided in two areas: the port and Amendral areas were separated by a head called El Cabo. At El Cabo the commercial Villaurrutia pier was constructed, the first of its kind in Chile and the only one built during the pre-independence colonial period. At this time the sea reached as far as the present day Calles Bustamante, Serrano, Prat and Esmeralda, in other words to the feet of the city’s many hills.
The historic core of the post independence period lies between the sea and the first urban terrace in the area where the city first developed. It consists of two distinct urban areas: a lower level that contains orthogonally disposed urban blocks and streets on the plain around the bay and an upper level with a variety of housing constructed over the hillsides. 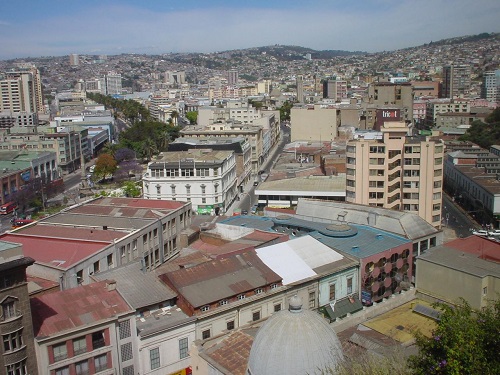 Photo – courtesy of Alfonso Noguera Valdes – Professor of Architecture,
Universidad Diego Portales, Santiago, Chile
The Lower area
UNESCO provides descriptions within the following:
Iglesia La Matríz and Plaza Santo Domingo
Iglesia La Matríz (1842), Valparaiso’s founding church, was rebuilt four times after destruction by saboteurs and earthquakes and is typical of the transition between colonial and republican architectural styles. It is surrounded by late C19 buildings, typical of the seaport architecture. 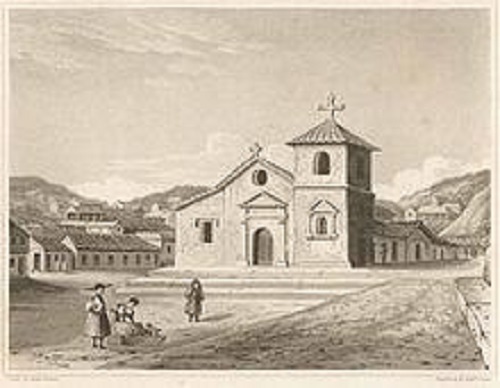 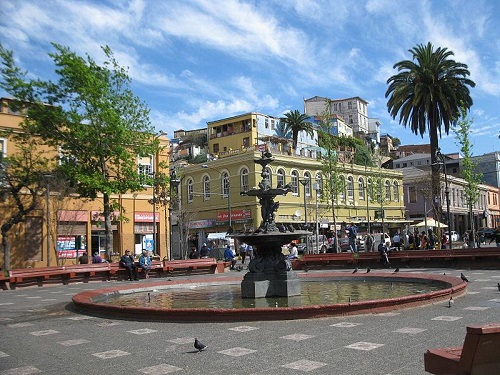 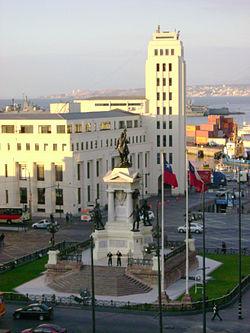 [Image Source]
Calle Prat and Plazuela Turri
The Calle Prat and Plazuela Turri area evolves around the foothill and stretches out from Plaza Sotomayor to the beginning of Calle Esmerelda, encompassing the Plazuela Turri as a distinct public space. The area has rectangular urban blocks characteristic of the plain, as well as its typical buildings, with frontage towards two or three streets. The buildings are examples of monumental architecture in their volume and formal expression.r
The Upper area
Cerro Alegre and Cerro Concepción
The two hills of Cerro Alegre and Cerro Concepción, separated by Calle Urriola, form a single neighbourhood. The area combines the different types of public space of Valparaíso including squares, viewing points, promenades, alleyways, stairways, elevator stations, and the havens formed by street intersections and arrangements. 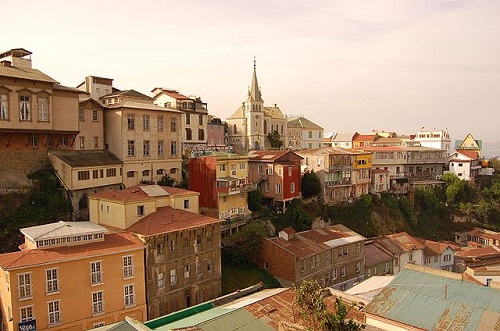 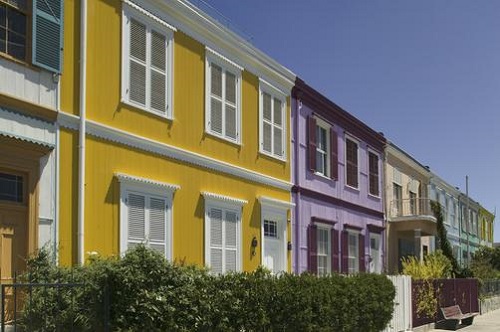 [Image Source]
Beyond the specific identities of the various parts of the world heritage designated historic area, it is perhaps the enviable position and amphitheatral form of Valparaiso cradled within and overlooking the bajo de Valparaiso, (depicted in Part 1 of this series) that is the overriding feature of the city as a whole today – the critical dimension to be considered in the future development of this seaport city.

From this standpoint, the impact of future construction and views of this seaport city from those arriving by sea will need to be considered as much as those viewing the bay from new structures and private or public spaces themselves.

Part 1 you can find here.

Author: Mary Bon
Mary is a RIBA accredited architectural researcher, with previous international experience in architectural practice. She has proven research and writing experience for both established clients and innovative start-ups in the construction industry worldwide. She is now based in France and orientated towards bridging the gap between landscape and architecture whilst supporting the causes of local, national and international built and natural heritage.
www.marybon.com